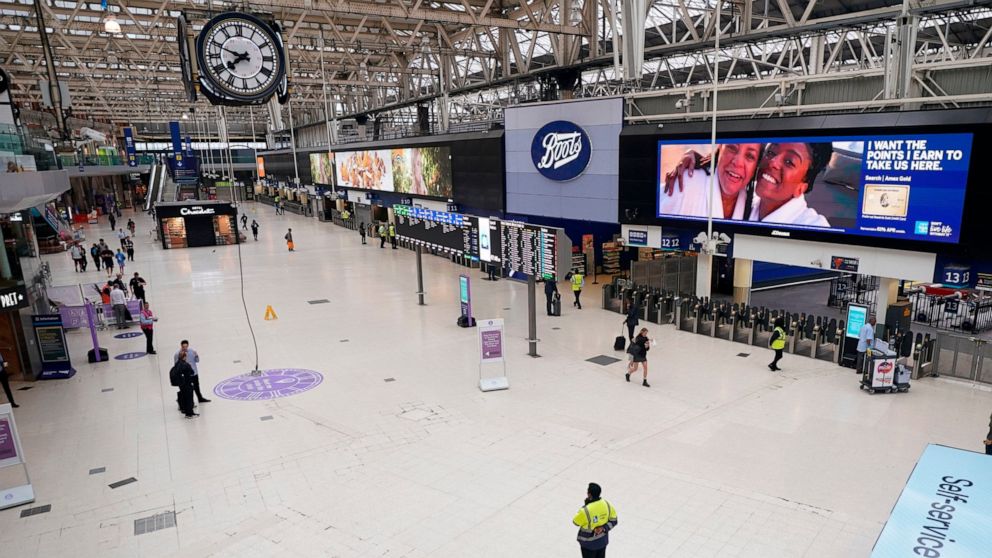 The 24-hour strike by 40,000 cleaners, signalers, maintenance workers and station staff canceled about four-fifths of passenger services across the country. A third walkout is planned for Saturday as part of Britain’s biggest and most disruptive railway strike in 30 years.

The strike is a headache for those who can’t work from home, as well as for patients with medical appointments, students heading for end-of-year exams and music lovers making their way to the Glastonbury Festival, which runs through Sunday on a farm in southwest England.

The dispute centers on pay, working conditions and job security as Britain’s train companies aim to cut costs and staffing after two years in which emergency government funding kept them afloat.

The strike pits the Rail, Maritime and Transport Union against 13 privately owned train-operating companies and the government-owned National Rail. Talks between union representatives and employers ended in deadlock Wednesday. The union accused Britain’s Conservative government of scuttling the negotiations.

The union says the government is preventing employers from improving on the 3% pay raise on the table so far. Britain’s inflation rate hit 9.1% in May, as Russia’s war in Ukraine squeezes supplies of energy and food staples while post-pandemic consumer demand soars.

“Every time we get close, there’s some kind of maneuver somewhere outside of the room with people that we’re not talking to, that has an impact on what’s going on inside the room,” Eddie Dempsey, the union’s deputy general secretary, said.

The government denies getting involved in negotiations, but Prime Minister Boris Johnson has put blame for the strike squarely on the union. The government also warned that big pay raises would spark a wage-price spiral driving inflation even higher.

All sides are keeping an eye on public frustration, with polls suggesting opinion is about evenly divided between support for and opposition to the strikes.