Trump and his Republican cronies should fear the Jan. 6 hearings, and the millions watching 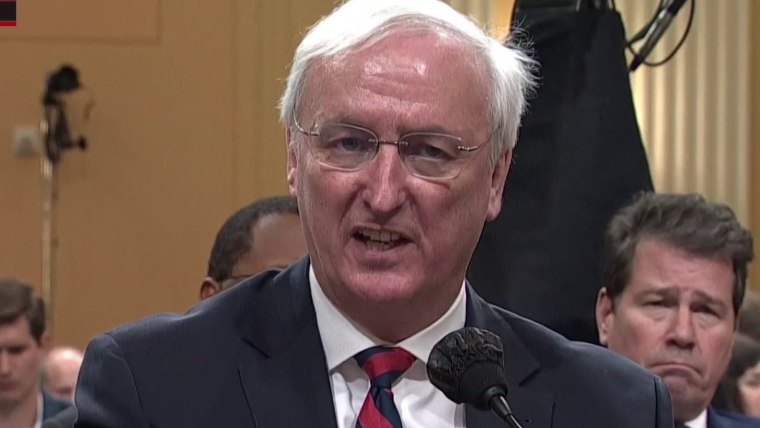 For the past two weeks, millions of Americans have tuned in to an unlikely reality television smash hit: the hearings broadcast by the House committee investigating the Jan. 6 attack on the U.S. Capitol. After years of feeding former President Donald Trump’s need for constant media attention, the Republican Party could be screwed by the same thing it’s become addicted to: huge television ratings.

More than 20 million viewers tuned in for the committee’s first week of hearings, a huge number for House committee business and nearly 1 million more than tuned in for the “Game of Thrones” series finale. And while ratings have dipped slightly from the blockbuster first session, the committee is still posting numbers that would guarantee renewal for any network television show.

Already there are signs that public opinion is shifting and Democrats have political openings. Nearly 6 in 10 Americans now believe Trump should be charged with a crime for his role in inciting the Jan. 6 attack.

Thursday’s hearings — featuring a host of officials from Trump’s Department of Justice, including former acting Attorney General Jeffrey Rosen — offered even more alarming insights, including Trump’s demand that DOJ officials “just say [the 2020] election was corrupt and leave the rest to me and the Republican congressmen.”

Already, American voters have heard shocking details of how Trump, his key advisers and senior White House staff were far more complicit in the attack on the U.S. Capitol than many Americans likely believed. Those hearings, which Jan. 6 committee Chairman Bennie Thompson, D.-Miss., now says will stretch into July, have all the makings of a political nightmare for the GOP.

Most importantly, the Republicans are facing down a mountain of physical evidence, including damning text messages and email chains, showing senior White House officials pressuring congressional Republicans to overturn the 2020 election. That’s far more impactful than soundbites describing this activity made by Democrats and Biden administration officials, whose words can be more easily dismissed by skeptics.

Then there’s the direct testimony from respected Republican public officials such as former federal judge J. Michael Luttig, who described Trump as being in a “war” with democracy, or then-Vice President Mike Pence’s White House attorney Greg Jacob, who shared emails detailing the White House’s attempt to blame Pence for the attack.