Title IX and the Rise and Fall of Women’s Sports 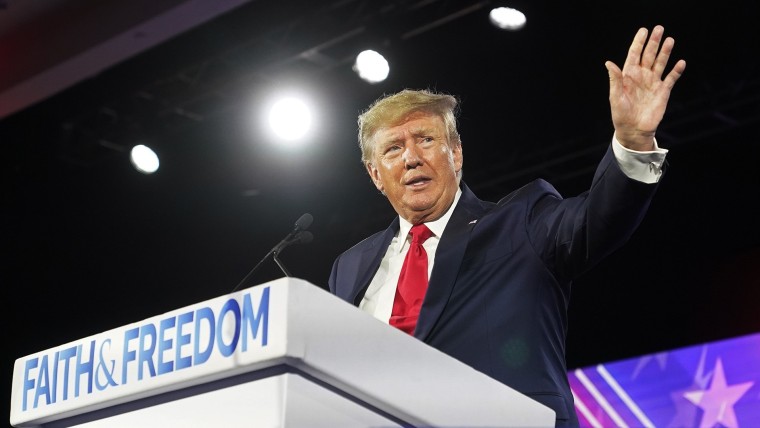 WASHINGTON — Republicans in Washington are betting that the televised Jan. 6 hearings aren’t breaking through, that voters are more worried about gas prices and inflation and that — basically — no one cares.

But one man is paying attention: Donald Trump. And he’s not happy no one is defending him.

The former president has reserved special criticism for House Minority Leader Kevin McCarthy, R-Calif., who made the call last year to yank all five Trump allies from the special panel after Speaker Nancy Pelosi, D-Calif., rejected two of his picks.

McCarthy’s strategy seems not only to have backfired. It’s also raising new questions about whether McCarthy will be able to secure the coveted speaker’s gavel should Republicans win control of the House, given the political reality that he would likely need Trump’s blessing.

Trump’s private frustrations have spilled out into public view.

“Such tremendous lies and innuendo took place yesterday at the Unselect Committee on January 6th,” Trump said Wednesday on his social media platform, Truth Social. “You will never get the truth when you have biased and hateful witnesses who are allowed to go on and on without even the slightest cross examination. Republicans should be allowed representation!!!”

Tuesday, Trump railed against McCarthy’s strategy to boycott the committee, although he didn’t mention McCarthy by name.

In a separate interview over the weekend, Trump corrected conservative radio host Wayne Allen Root and made it clear that he had endorsed McCarthy for re-election to the House — not for speaker. He then disparaged the GOP’s strategy as being “very foolish” and a “bad decision.”

“In a way, Republicans should be ashamed of themselves,” Trump said.

But a person close to Trump said his complaints leave out an important detail: McCarthy pulled Trump allies from the panel as part of a deliberate strategy developed with Trump allies. The idea at the time was to denigrate the panel as being filled with “Trump haters.” That way, when the committee members issued their findings,…