Ukraine Loses Ground in Battle for Severodonetsk but Gains Firepower From U.S. 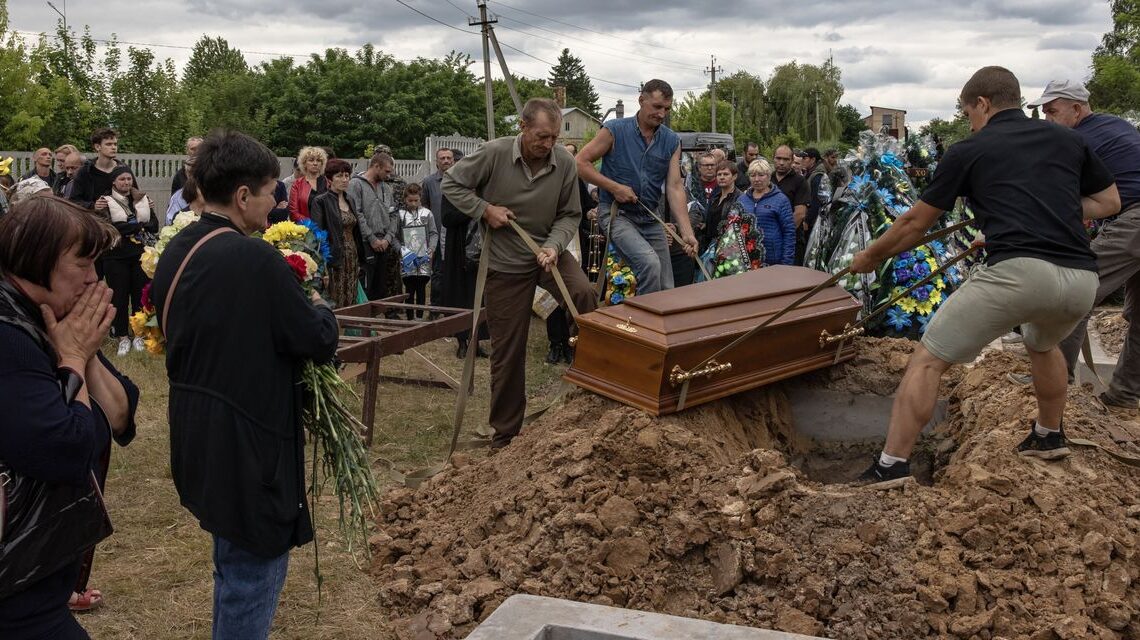 LVIV, Ukraine—Ukrainian forces said they had pulled back from some areas outside the city of Lysychansk in the country’s eastern Donbas region and face encirclement there by Russian troops pressing to capture the strategic city of Severodonetsk.

The pullback comes as U.S.-provided guided rocket systems—whose 48-mile range is expected to boost Ukraine’s firepower against Russian troops—arrived in the country, according to Defense Minister

“Summer will be hot for Russian occupiers,” he wrote on Twitter. “And the last one for some of them.”

The High Mobility Artillery Rocket System, or HIMARS, can launch rockets with twice the range of the M777 howitzers that the U.S. has also supplied. Unlike the battle for urban centers like the capital, Kyiv, control for Ukrainian territory in the east has been largely fought with artillery. Ukrainian officials have pushed for longer-range rockets, saying such weapons are essential for halting and reversing the Russian invasion.

The Pentagon on Thursday announced that it was providing Ukraine with another $450 million worth of weapons, the 13th such drawdown of U.S. supplies since the Feb. 24 invasion. The latest weapons package will include four more HIMARS, 36,000 rounds of 105mm ammunition and 2,000 machine guns. In all, the U.S. has sent roughly $6.1 billion worth of weapons to help Ukraine, the Biden administration said.

Russian forces captured two villages southwest of Lysychansk and looked to control a third as they pushed toward the river bank west of Severodonetsk, the General Staff of the Armed Forces of Ukraine said in a statement early Thursday, while Russian reinforcements arrived in Donetsk region further south to help seize a strategic highway.

For the past month and a half, the fighting in Donbas has been concentrated around Severodonetsk, the administrative center of Luhansk region, which together with Donetsk makes up Donbas. If Russian forces gain full control of the city, it would lay an important marker in Moscow’s goal of seizing the entirety of Donbas, portions of which in 2014 came under the sway of pro-Russian separatists now fighting alongside Russian forces to expand their territory.

Russian troops have made slow gains in the city, at heavy costs to both sides. They have so far failed in their efforts to take it over completely and move on to an offensive against remaining Ukrainian-held parts of Luhansk, such…