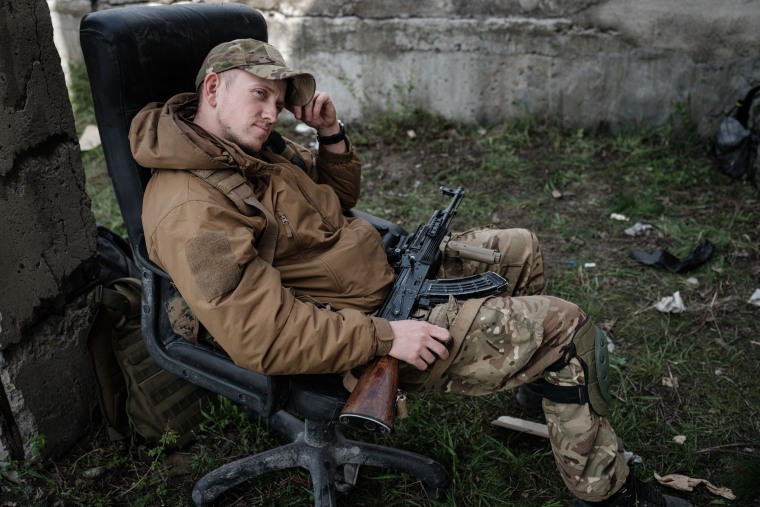 KYIV, Ukraine — Russia’s invasion in February prompted a wave of public support for the government of President Vlodymyr Zelenskyy as millions of Ukrainians raced to help defend their homeland. Four months later — amid Russian advances and spiking casualties — anger and frustration over the handling of the war is swelling.

In interviews with Ukrainians who have family members fighting the invaders, many said they were upset with the military leadership for deploying inexperienced people to the front lines, and at times sending them into battle without as much as a medical or a psychological examination.

“I am ready to protest,” said Viktoriia Bilan-Rashchuk, 43, of Kyiv, whose husband, Volodymyr, a theater actor with no previous military experience, is fighting on the eastern front line in Sievierodonetsk. Last month, she said, she raised money to send his unit protective headphones — standard military equipment used to prevent hearing loss for soldiers firing off rocket systems.

“No one even taught him how to shoot.”

“The government isn’t doing enough to support them. The longer this goes on, the more people will become upset,” Bilan-Rashchuk said in Ukrainian, speaking through a translator.

Ukraine’s defense ministry did not respond to a request for comment.

Since Russia invaded in February, thousands of Ukrainians with no military background have volunteered to fight. To boost its war efforts, the Ukrainian government has also banned men ages 18 to 60 from leaving the country in case it needs to start a draft. In May, Zelenskyy said the country’s military had 700,000 service members, including women.

Through a relentless campaign of appearances, interviews and statements, Zelenskyy has fought to keep morale high among troops and the general public and plead the country’s case to the international community. But Russian artillery attacks have intensified in the east in recent months, pushing the Ukrainian military death toll to between 100 and 200 soldiers a day in combat, with at least another 500 injured every day, Mykhailo Podolyak, an aide to Zelenskyy, said in an interview earlier this month with the BBC.

In his daily address June 14, Zelenskyy called the losses “painful,” but said Ukrainians “have to hold on.”

Despite the high death toll,…