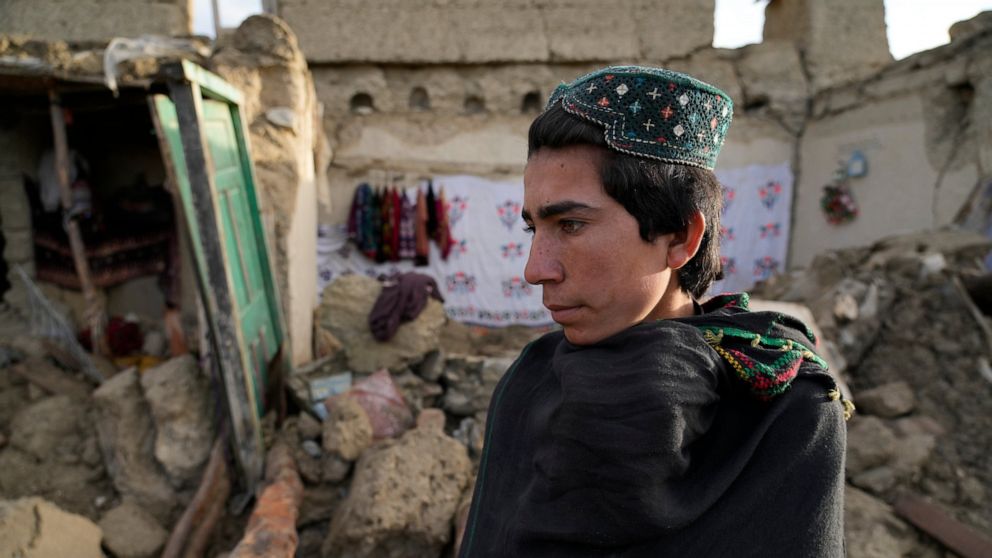 UNITED NATIONS — The devastating earthquake this week in Afghanistan is one more emergency facing the country, which is also confronting its worst drought in 30 years and massive poverty. Afghanistan also has the highest number of people in the world facing the risk of famine and there are increasing human rights violations by the country’s new Taliban rulers, senior U.N. officials said Thursday.

The grim picture of the hardships and perils facing Afghanistan’s 38 million people was presented by U.N. humanitarian chief Martin Griffiths and the U.N. deputy special representative for Afghanistan, Ramiz Alakbarov.

They spoke during a Security Council meeting on the situation in Afghanistan, a meeting scheduled before Wednesday’s powerful quake in the east that Afghan state media said killed 1,000 people. U.N. estimates gave a lower death toll, saying around 770 people had been killed in Paktika and Khost provinces.

Hundreds more have been injured and officials have warned the casualty figures could rise as Afghans were still digging through the rubble in an effort to retrieve more bodies on Thursday.

Griffiths said in a video briefing that “dramatic shifts in Afghanistan’s political and economic landscape” since the Taliban seized power last August as U.S. and NATO forces were in the final stages of their chaotic withdrawal from Afghanistan after 20 years of war “have brought unrelenting human suffering to the country’s people.”

“Afghanistan’s worst drought in almost 30 years has affected three-quarters of its provinces, meaning crop production is expected to be below average this harvest,” he said.

Griffiths said 25 million people — more than half the population — live in poverty, more than double the number in 2011, including 6.6 million at “emergency” levels. “That’s the highest number of any country in the world at risk of famine-like conditions,” he said.

Alakbarov, currently the top official in Afghanistan who plans to visit quake-hit areas on Friday, said in a video briefing from Kabul that the temblor “was yet another tragic reminder of the myriad dangers facing the Afghan people.”

He said the security environment “is becoming increasingly unpredictable” with the emergence of armed opposition groups to the Taliban — “in large part due to political exclusion” — leading to clashes, especially in Panjshir and Baghlan provinces. “Armed opposition attacks against de facto authorities doubled in May,…