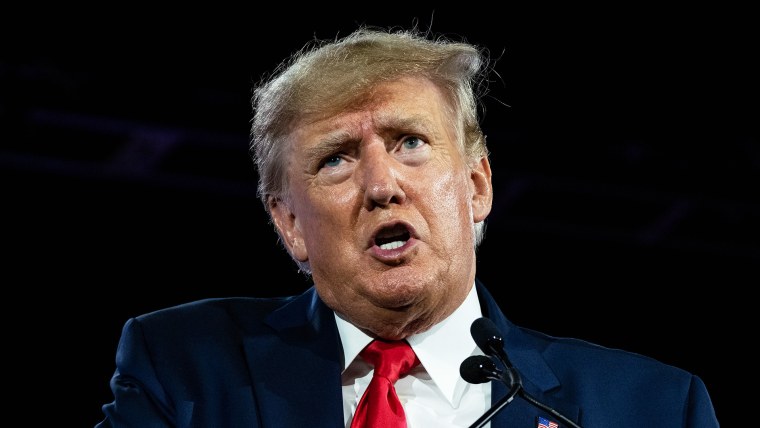 WASHINGTON — Most Americans don’t know Jeffrey Clark — the environmental lawyer whom former President Donald Trump wanted to take over the Justice Department to aid his effort to overturn the 2020 election.

But the House Jan. 6 committee hopes its Thursday hearing might change that.

Clark took a pretty standard path for a conservative lawyer: Harvard University, Georgetown Law, clerk for Ronald Reagan-appointed federal appeals Judge Danny Julian Boggs and a partnership at the law firm Kirkland & Ellis, with a stint in the Justice Department’s environmental division during George W. Bush’s administration. His unusually long Justice Department biography even included, for some reason, details about his elementary school.

Clark’s attorney didn’t respond to a request for comment ahead of the hearing.

After the 2020 election, according to his fellow Republican-appointed colleagues at the Justice Department, Clark began to elicit concerns.

“What’s going on with Jeff Clark?” Trump-appointed acting Attorney General Jeffrey Rosen recalled in an interview with the Senate Judiciary Committee. He added that Clark brought up “internet theories” about voting machines’ being hacked via smart thermostats. “This is inconsistent with how I perceived him in the past.”

Rosen started realizing something was “off-kilter,” that “something odd was going on with Jeff Clark,” when it was learned that he had, in violation of a Justice Department rule banning contact between Justice Department officials and the White House except through proper channels, met with Trump.

“It’s even more evident in hindsight, but at the time, I did think, ‘He’s meeting with the president and now he wants to be briefed by the DNI on thermostats?’ plus the title change. Just what is going on here with Jeff Clark?” Rosen recalled. “DNI” refers to the director of national intelligence.

Thursday’s Jan. 6 committee hearing will feature testimony from Rosen, former acting Deputy Attorney General Richard Donoghue and Steven Engel, the former assistant attorney general for the Office of Legal Counsel; all were appointed by Trump. All three are expected to testify about Trump’s efforts to make Clark the acting attorney general and their threats to quit if he did.

At the time, William Barr had resigned as attorney general after he was unable to convince Trump the election hadn’t been stolen. He was replaced by Rosen. But Trump remained displeased that the Justice Department wasn’t aiding his efforts to…