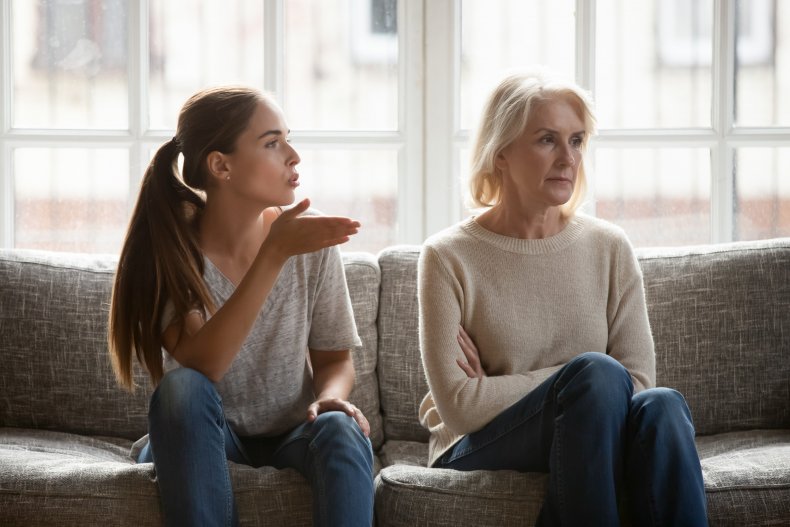 In a new viral post, the internet applauds a woman for snapping at her mother-in-law, telling her blatantly that she wants to be intimate with her son.

Published to Reddit‘s infamous r/AmITheA**hole forum, a woman under the anonymous throwaway account, u/Fun_Self_5904, shared her story. The viral post has over 10,000 upvotes and 1,000 comments.

“So my (28f) husband (31m) had to spend two months in a different state for work,” the Redditor began, “He came back 9 days ago. I am obviously thrilled he’s back and I’ve missed him a lot. I was hoping we would be able to spend some time together just the two of us. However his mom (56f) came over when he was supposed to come home. I was slightly annoyed but I know she was just excited for her son to be back. However she never left.”

The original poster (OP) expected her mother-in-law to stay with them for a day or two, instead, she stayed the entire nine days that he was home. Since she lives an hour away, she insisted on staying with them instead of a hotel.

She and her husband have not had alone time together as she is very clingy. Whenever they go out, she goes with them or when she doesn’t want to go out, she makes one of them stay home with her as they would be “bad hosts.” When they want to cuddle and watch some TV, she is always there. They can’t go out and have a romantic outing together without her.

Throughout her stay, the couple had dropped hints that they wanted her to go home, she told them that she wanted more time with her son. When the OP had enough, she snapped.

“I tried telling her we wanted some alone time and she kept insisting that she join us. Finally I snapped and said ‘Since you seem to be oblivious, I will put this bluntly. I want to f**k your son. If you don’t want to see or hear then you need to leave.’ ([I know] this isn’t the classiest response ever but I was frustrated.) Anyway she yelled at me but eventually left. We finally got to have our ‘alone time,'” she wrote.

“Now she is blowing up both of our phones. She is saying that I am disgusting and have no respect for her, her son, or myself. She keeps telling my husband that he shouldn’t be with someone so crude and how dare he let me speak to her like that. I’m sure you get the idea. [I know] that what I said was really inappropriate,” she concluded.

Newsweek reached out to u/Fun_Self_5904 for…