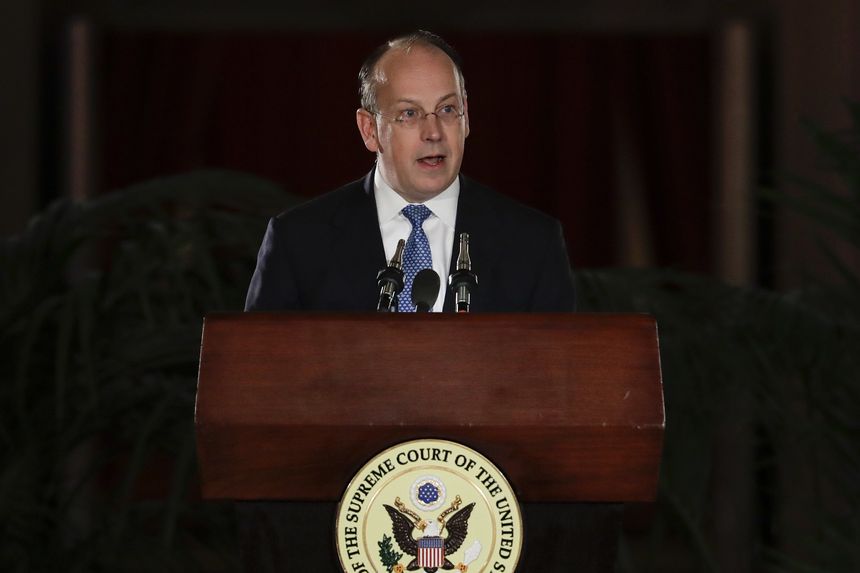 A 6-3 victory at the Supreme Court vindicating a constitutional right is usually cause for congratulations, but not these days at Kirkland & Ellis, the giant white-shoe law firm. The firm has rewarded partner Paul Clement for his triumph Thursday in the big New York gun-rights case (see nearby) by telling him to drop his gun clients or leave the firm.

As Mr. Clement and his litigation partner, Erin Murphy, explain nearby, they’re leaving the firm rather than dump their clients. That’s the honorable and ethical decision.

But it’s worth noting how extraordinary it is for a law firm to fire its victorious clients whose rights have been upheld by no fewer than six Justices. It’s as if the law firm representing Clarence Gideon had told him to get lost after the Supreme Court upheld his right to legal counsel in his famous 1963 case, Gideon v. Wainwright.

“Kirkland & Ellis announced today its decision to no longer represent clients with respect to matters involving the interpretation of the Second Amendment,” the firm said in a press release, without explanation. It added that Mr. Clement and Ms. Murphy “will be leaving the firm in order to continue their full range of existing representations.”

That’s not how Kirkland felt when it recruited Mr. Clement and his celebrated appellate legal practice in 2016. A former U.S. Solicitor General, Mr. Clement was already representing the National Rifle Association and others involved in Second Amendment litigation at the time, and he made retention of those clients a condition of joining Kirkland.

But these days gun-rights advocates are unpopular in the tony precincts of Los Angeles and New York where Kirkland represents business clients. When it comes to core constitutional rights versus corporate retainers that finance summer homes in the Hamptons, the Constitution is a second-class citizen.

This is the opposite of ethical legal representation. Clients who…