Zelenskyy on Ukraine’s EU membership bid: one of the most important decisions in 30 years 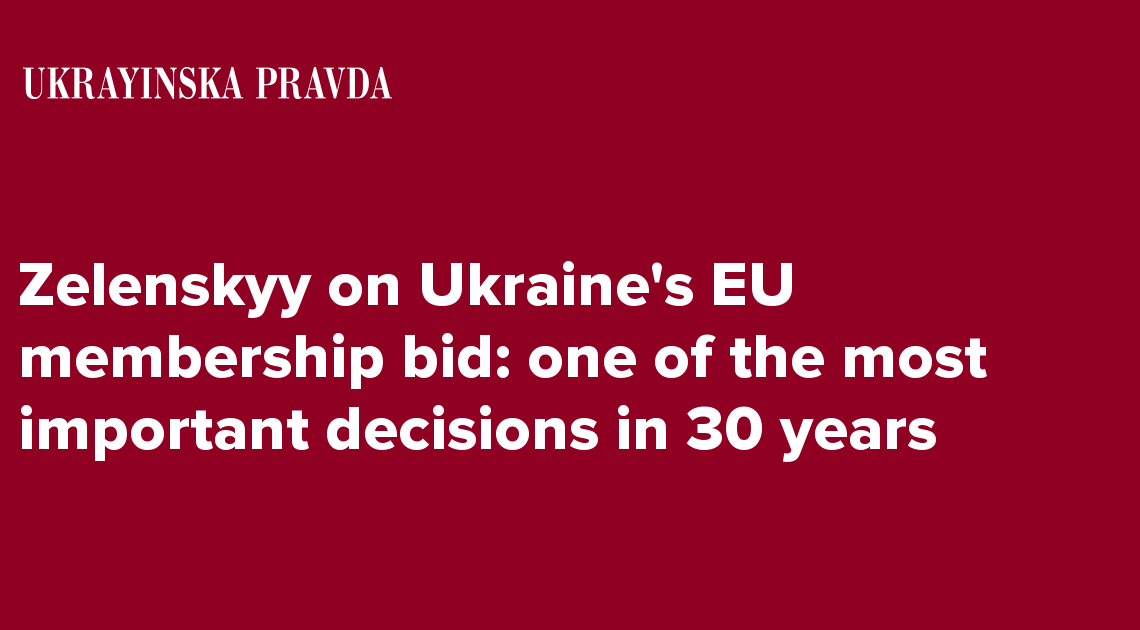 President of Ukraine Volodymyr Zelenskyy believes that the decision of the European Union to grant Ukraine candidate status is a historic moment.

Volodymyr Zelenskyy reacted to the decision of the EU summit in a statement on Thursday evening (23 June).

“I sincerely welcome the decision of EU leaders to grant Ukraine candidate status. This is a unique and historic moment in relations between Ukraine and the European Union,” the President wrote on Twitter.

“Ukraine’s future is in the EU,” he added.

He also shared his thoughts on the matter in an Instagram video. “We shall join the EU, and then we will have some rest,” the President summed up.

Earlier it was reported that negotiations between EU leaders on candidate status for Ukraine happened to be more difficult than expected.

More on this topic: How the status of candidate for EU membership benefits Ukraine.

Background: On 17 June, the European Commission published its decision, in which it recommended recognizing Ukraine’s European perspective and granting Ukraine EU candidate status.