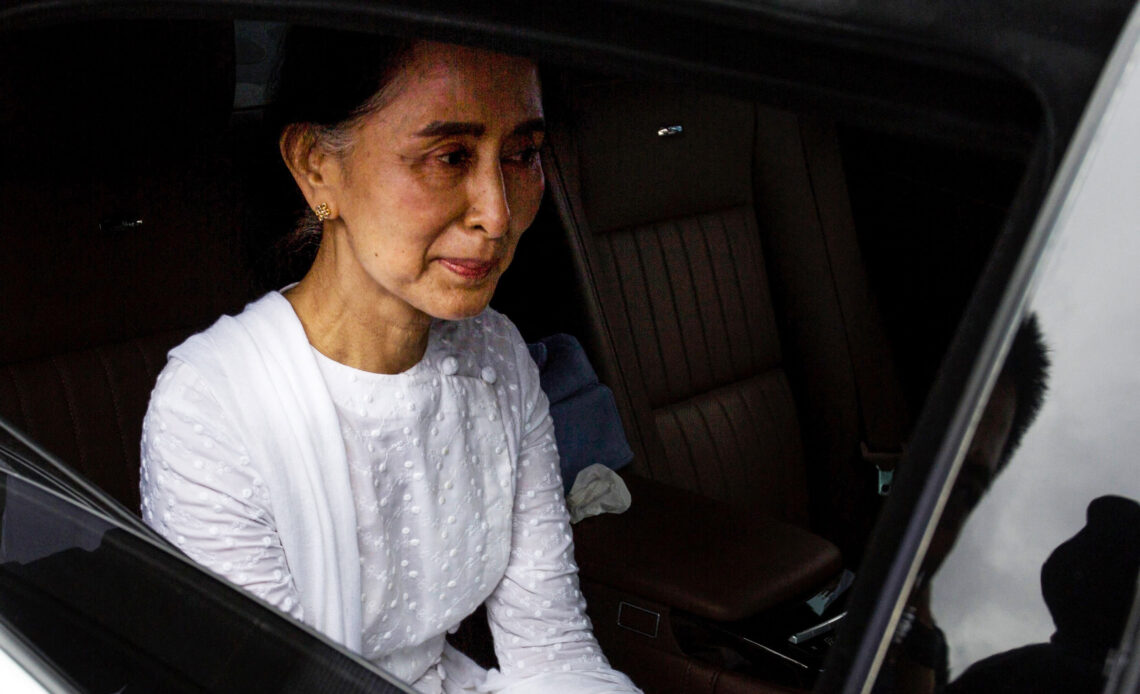 Myanmar military authorities have transferred deposed leader Aung San Suu Kyi to a prison in the capital from an undisclosed location where she had been held since she and her government were ousted in a coup last year, a military spokesman said.

The Nobel laureate, who turned 77 on Sunday, was moved to the jail in Naypyitaw on Wednesday after court rulings against her, military spokesman Zaw Min Tun said.

“She was transferred to prison under the law and is being kept in solitary confinement,” he said in a statement.

Download the NBC News app for breaking news and politics

Suu Kyi has been charged with about 20 criminal offenses carrying a combined maximum jail term of nearly 190 years since she was toppled by the military in February 2021, including multiple counts of corruption. She denies all charges.

A source familiar with her cases told NBC News this week that all legal proceedings against Suu Kyi would be moved to a courtroom in the jail.

Junta leader Min Aung Hlaing had previously allowed Suu Kyi to remain in detention at an undisclosed location, despite convictions for incitement and several minor offenses.

Reuters could not reach Suu Kyi or her representatives for comment. Her lawyers have been barred from speaking about her cases. A spokesperson for the junta did not respond to requests for additional comment.

Suu Kyi, the daughter of Myanmar’s independence hero, was first put under house arrest in 1989 after huge demonstrations against decades of military rule. In 1991, she was awarded the Nobel Peace Prize for campaigning for democracy but was only fully released from house arrest in 2010.

She swept a 2015 election, held as part of tentative military reforms that were brought to a halt by last year’s coup.

Western countries have called the charges against Suu Kyi and her convictions a sham and demanded her release. The military says she is being given due process by an independent judiciary.

It is not clear how much Suu Kyi knows of the crisis in her country, which has been in chaos since the coup, with the military struggling to consolidate power and facing increasing opposition from insurgents.

In a statement on Thursday, Tom Andrews, the U.N. special rapporteur on the situation of human rights in Myanmar, urged the international community to do more to address the crisis there.

Junta forces have killed more than 2,000…