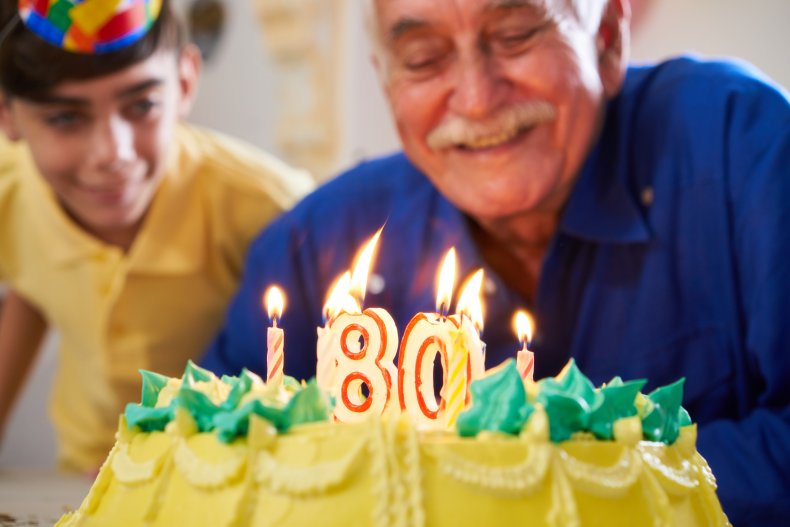 A grandad’s amazing reaction to finding out the party he was attending was actually for him has gone viral online, as users claim to be left in tears over the moment.

Chloe Rigby’s grandad initially believed he was attending a belated 18th birthday party, and even showed up with a card. Instead, he was greeted with a cheering crowd of familiar faces who were all there to see him.

“Thought he was going to an 18th and walked into his surprise 80th,” Rigby captioned the now-viral TikTok post. “Melts my heart he does.”

The clip, which can be seen here, has gained over 5 million views and 1 million likes, for clear reason—his reaction has warmed hearts across the world.

“Yellow” by Coldplay played in the background as he could be seen stepping into the venue, only to hear the screams and cheers of his own family welcoming him in. He could then be seen taking a few deep breaths as he looked around at everyone, taking it all in.

Family then approached him after the surprise had somewhat begun to settle in. Most noteworthy to many viewers though was his outfit for the occasion, in a full suit with a waistcoat and matching hat.

Pictures from the night posted by Rigby showed the hall decorated in gold and green balloons, with celebratory “80” decorations all around. The grandad could be seen dancing the night away with loved ones who took the time to surprise him.

In a recent post to her TikTok account, Rigby filmed her grandad thanking everyone for the support and love online, telling the camera: “I’d like to say a special thank you to each and everyone of the five and a half million plus.

“I can’t thank you enough, love to all, god bless you.”

Viewers have spent the days since it was uploaded filling the comments of the post with emotional messages about both the grandad and his reaction.

“The way he takes it all in and exhales…I’m crying okay,” wrote one user.

“When you’re 80 years and you realize you have a lifetime of people who love you,” added another.

One TikTok user noted: “What I would give for him as my grandad.”

Another wrote: “Glad my eyelash appointment isn’t today. I am SOBBING.”

The moving relationships between grandparents and grandchildren have often been shared to TikTok and often also gone viral. Earlier this year, an Australian granddaughter shared the moment she had to say goodbye to her grandparents living in England after a visit, and gained over 2 million likes on the emotional clip.