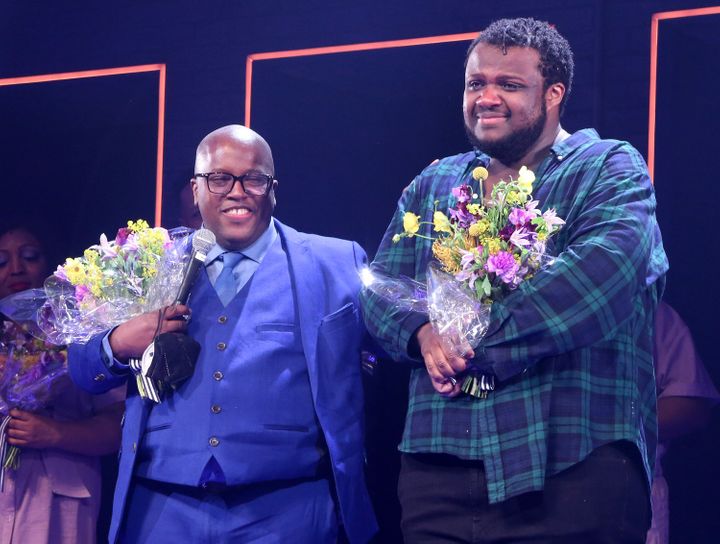 Laverne Cox isn’t holding back when it comes to the troubling wave of anti-transgender legislation that’s been sweeping across the U.S.

The actor, author and LGBTQ rights activist sat down with MSNBC’s Jonathan Capehart for a forthcoming special, “Pride of Stage and Screen.” While the program is focused on queer representation in Hollywood and on Broadway, the conversation takes a poignant turn when Capehart asks for Cox’s thoughts on laws restricting transgender women and girls from participating on female school sports teams.

“It’s devastating for me as a trans person,” the “Orange Is the New Black” star said. “It’s devastating as a person who has traveled the country and met trans kids. … I think what’s important to understand about this moment is that I don’t think these lawmakers all of a sudden care about girls’ sports.”

“Trans people are being used as a political football,” she continued. “A lot of people still don’t understand and fully comprehend the humanity of trans people, and so we’re being used as a political football by mostly conservative politicians. But the unfortunate thing is that these policies have real-life ramifications for trans youth and their parents.”

Republican-dominated legislatures in at least 18 states have introduced restrictions on transgender participation in public school sports. Louisiana Gov. John Bel Edwards, a Democrat, expressed his disapproval after his state passed such a ban earlier this month, but claimed any effort to veto it on his part would be futile against the state’s GOP-controlled legislature.

Cox, fresh off a well-received turn in Netflix’s “Inventing Anna,” is one of several stars set to appear on “Pride of Stage and Screen.” Airing Sunday, the special will also feature interviews with Pulitzer Prize-winning playwright Michael R. Jackson and actor Jaquel Spivey of the smash Broadway musical “A Strange Loop,” among others.

Speaking to HuffPost, Capehart described Cox as a natural choice for the program given both her profound work as an artist and long-standing commitment to LGBTQ rights.

“Representation truly matters,” he said. “It’s not just about showing the nation we’re here. It’s about potentially giving a lifeline to a young LGBTQ kid wondering if they’re alone in the world.”

Noting that he hoped viewers would feel…