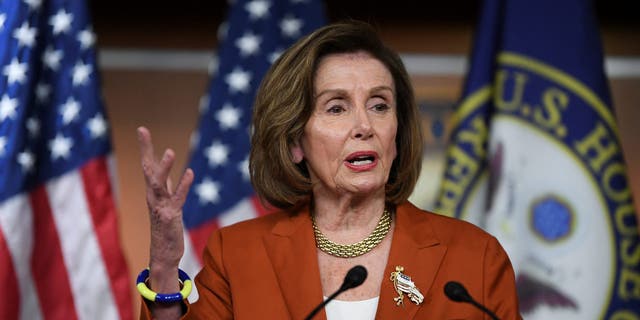 House Speaker Nancy Pelosi, D-Calif., told party members Friday that the future of the Democratic agenda to preserve abortion rights and restrict guns — the subjects of two landmark Supreme Court rulings this week — will depend on the midterm elections.

“Over the last two days, the Supreme Court has inflicted devastation on our nation: flooding our public spaces with more deadly weapons and erasing women’s fundamental right to make their own reproductive health decisions,” Pelosi wrote in a letter to Democratic House members.

According to Pelosi, President Biden and other Democratic leaders, those two decisions cast a dark cloud over America and represent an erosion of human rights.

“The only way we can secure a woman’s right to choose in the balance it existed, is for Congress to restore the protections of Roe v. Wade as federal law,” Biden said. Noting that Congress doesn’t have enough votes to do that, he called on Americans to vote for lawmakers in the midterms who would codify a right to have an abortion into federal law.

President Biden speaks about inflation and the economy in the South Court Auditorium on the White House campus May 10, 2022.
(Drew Angerer/Getty Images)

The Dobbs decision is just “Republicans’ opening act in their despicable crusade to punish and control women,” Pelosi wrote in her Dear Colleagues letter, noting that former Vice President Mike Pence had called for “sanctity of life [to be] restored to the center of American law in every state in the land.”

In his own opinion on the Dobbs decision, Justice Clarence Thomas wrote that the Supreme Court should also…