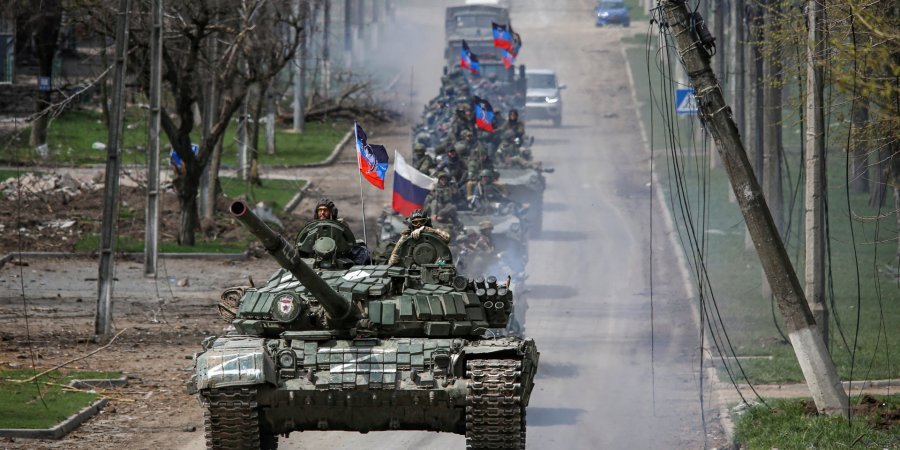 Russia’s provocations against NATO, which it is carrying out near the borders of the Baltic states, will remain merely soundbites, since any war with NATO would be brief and not end in the Kremlin’s favor, military expert Oleg Zhdanov told Radio NV on June 22.

NV: I think you have already seen these videos where a kamikaze drone hits the Novoshakhtinsk oil refinery in Russia’s Rostov Oblast. Russian media report that they have allegedly found the remains of two drones. How effective do you think it is to use drones to hit oil refineries in Russia, given that, for example, they launch 10 missiles at our refineries?

Zhdanov: The thing is that you have to be insane to use a strike drone as a kamikaze. Is the country so prosperous that it can scatter strike drones left and right? … That’s the first thing. And the second thing is just look at the map: the range of our largest drone (Bayraktar) is 150 kilometers. And the distance from the territory we control to the town of Shakhtinsk is probably more than 300 kilometers.

NV: That is, there is a question as to whether we did it, and in general how it is possible.

Zhdanov: Yes, whether it is our drone or not. By the way, there is one in the Russian line of drones similar to Bayraktar.

NV: Got it. There is another topic from what I saw. Yesterday there was news that a Russian Su-25 plane crashed with the pilot in Rostov Oblast during training. The same was reported on June 17, also Su-25, but in Belgorod Oblast. Why do you think their planes are crashing and what does that mean? Or is it an obsolete equipment, what’s your version?

Zhdanov: I think it’s the ignorance of pilots, incompetence. The fact is that they have a very large shortage of pilots. By the way, the last Su-25 shot down over the Donbas, again was a Su-25 with a pilot who is already retired, who fought in a private military company, and then was recruited and came to fight in the Donbas – and he’s a Su-25 pilot. The fact is that the Su-25 is an attack aircraft that must work on the front line of the enemy, it is also called a flying tank (this is what it was called during the war in Afghanistan). The pilot has to be really skilled when he comes to fire on enemy positions. And here, most likely, young pilots do not manage to fly, although I do not rule out (it’s a problem with) the technical condition of the aircraft themselves, because these are Soviet-era…