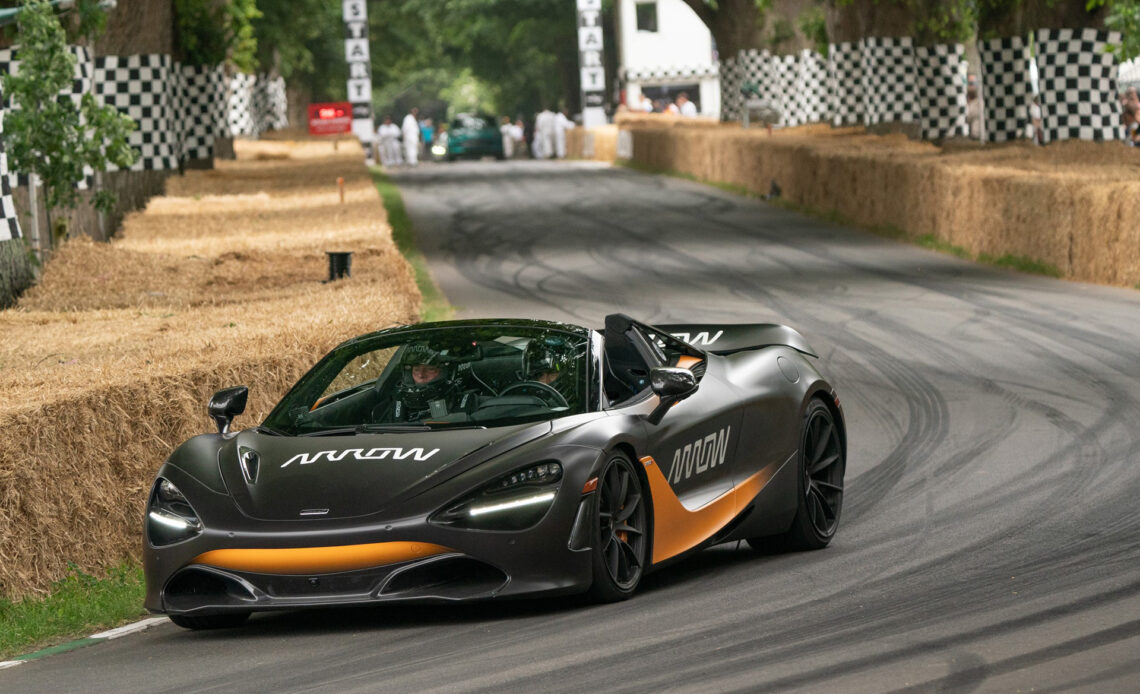 Former Indy Racing League competitor Sam Schmidt is continuing to break new ground for accessible driving technology. The Arrow McLaren SP team co-owner has completed the signature hill climb at this year’s Goodwood Festival of Speed using head movements and his breath to steer — the first time anyone has demonstrated the feature at the UK event. Schmidt drove a McLaren 720S Spider modified by Arrow Electronics to track his head using infrared cameras. He controlled acceleration and braking by inhaling and exhaling through a “sip-and-puff” device. The racer also wore a semi-autonomous exoskeleton concept, the SAM Suit, that helps him walk.

Schmidt became quadriplegic in 2000 when he injured his spinal cord in a practice lap crash. He has long been an advocate for paralysis treatment, and in 2014 partnered with Arrow to drive a Corvette using a combination of head tracking, sip-and-puff and voice controls. In 2016, became the first American with a license to use an autonomous vehicle on highways, using a Corvette to drive in Nevada.

While alternative mobility solutions can return some level of autonomy to those no longer able to operate a vehicle for one reason or another, it’s not entirely clear what role Arrow’s technology might play in the future. We’ve reached out to the company for details on where it sees projects like the SAM heading. Arrow will also be racing against self-driving tech, which is becoming closer to a practical reality, with Level 3 autonomy already reaching public roads. With that said, completely driverless cars (Level 5 autonomy) will take years to arrive.