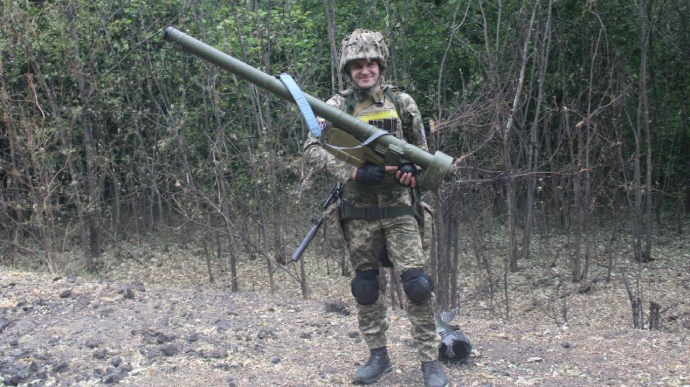 Airborne troops have reported that air defence forces have destroyed a Russian Ka-52 Alligator reconnaissance and attack helicopter on the eastern front.

Details: Air assault and artillery units of the Lviv Brigade of the Separate Airborne Division destroyed two enemy armoured personnel carriers and two infantry fighting vehicles on 22 June. However, the main combat achievement of the day was the destruction by air defence forces of a Russian Ka-52 Alligator reconnaissance and attack helicopter.

Black smoke billowed out of the downed helicopter.

Nazar said he’d destroyed the helicopter for the sake of his baby, who has just turned one month old.

Background: On 23 June, Su-25 attack aircraft and Su-24m bombers carried out intense airstrikes against the occupying forces and their logistics centres.