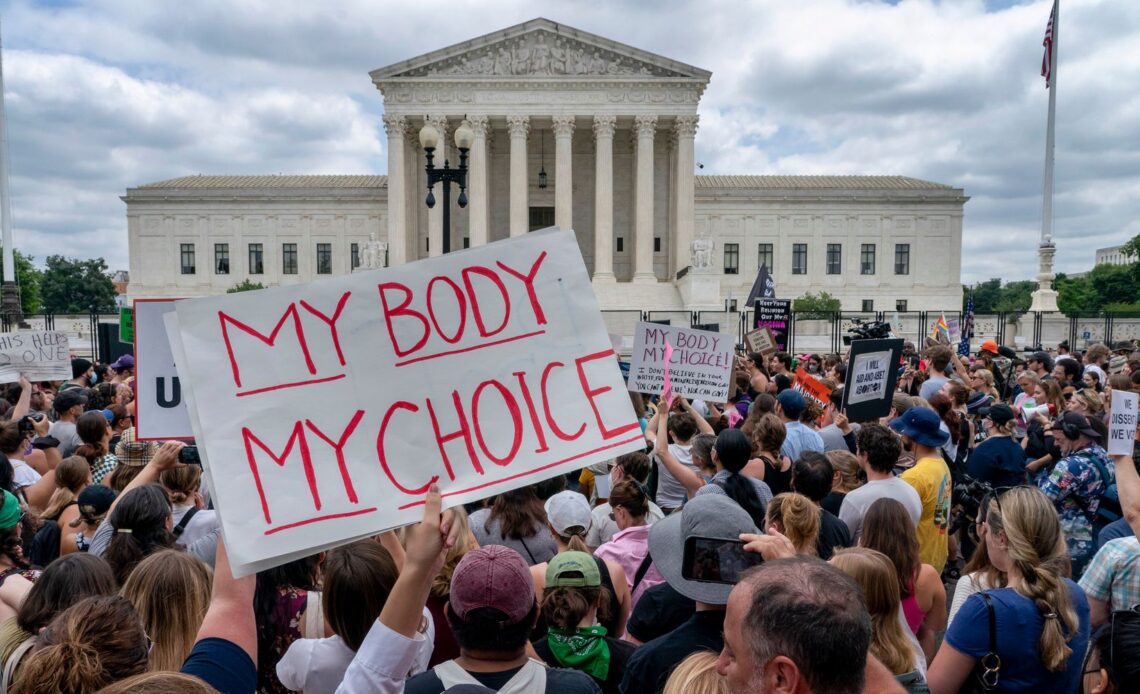 People gathered nationwide to speak out against the ruling, with protests planned in cities around the U.S. throughout the weekend.

Quickly after the court’s opinion was released, people popped up outside statehouses in Arkansas, South Carolina, Washington and other states.

And others made note of an opinion issued by the court on Thursday, when it struck down a New York gun control law, setting a precedent that expands the reach of the Second Amendment, as HuffPost’s Jonathan Cohn reported.

Some even used their own bodies as signs to make a larger point about the effects of the court’s decision.