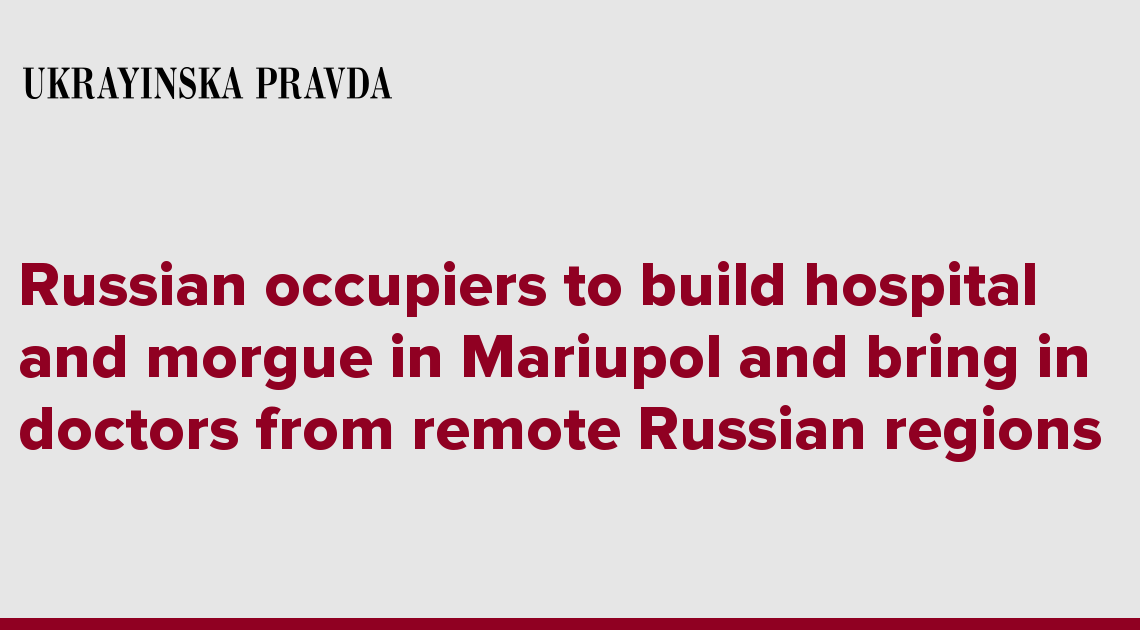 According to Maksym Borodyn, Mariupol City Council deputy, the Russian occupation regime in Mariupol began the construction of a medical centre, almost half of which will be taken up by a morgue.

The Russian Ministry of Defence is in charge of the construction of the centre, which will have 60 hospital beds, and is planning to complete its construction in three months. The occupation regime said that the hospital is modelled on similar ones built in Russia during the [Covid-19] lockdown, one of which Mariupol has never had before.

Quote: “The Russian occupiers first destroyed all hospitals and medical establishments [in Mariupol] and then decided to quickly build another one of their sh**ty medical centres!” the deputy wrote.

He thinks that what the Russians are constructing might actually be a military hospital and a morgue.

Meanwhile, Petro Andriushchenko, advisor to the mayor of Mariupol, reported that a “detachment” of Russian doctors has arrived at the municipal emergency hospital.

The detachment is headed by Badma Bashankaev, chairman of the Russian State Duma Committee on Healthcare. After Russia’s invasion of Ukraine on 24 February 2022, Bashankaev made public calls to “fight for Russia” and compared the so-called “military operation” to operating on a purulent abscess.

According to Andriushchenko, the doctors arriving in Mariupol hail from Abkhazia, Chuvashia, and other remote regions of the Russian Federation. The salary they are offered in Mariupol is several times higher than what they get paid at their regular practices.

Vadym Boichenko, the mayor of Mariupol, earlier reported that in Mariupol corpses are left in shops and taken to dumps along with the fragments of destroyed buildings. He noted that trash which has not been removed now floods the Russian occupied city, creating unsanitary conditions.