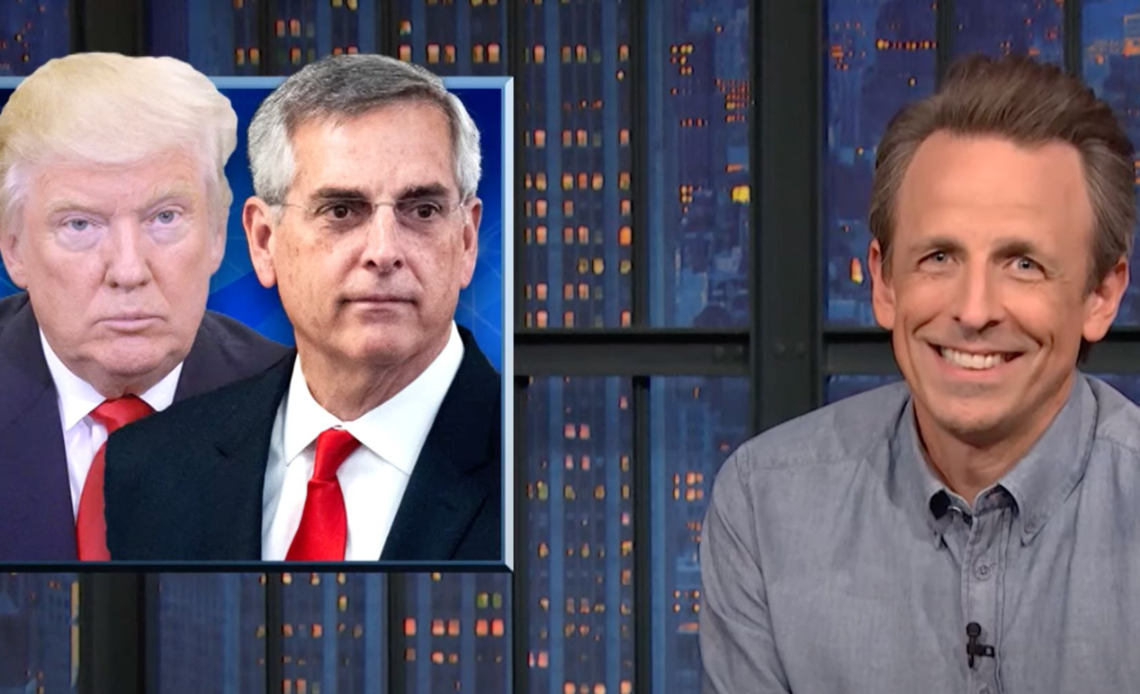 If the Republicans who were directly pressured to participate in Donald Trump’s attempted coup would still vote for him again, what hope is there in convincing any of his supporters of his wrongdoing?

Seth Meyers pulled his hair out over that question Thursday on “Late Night” after this week’s hearings of the House committee investigating the Jan. 6, 2021 attack, in a new segment he called “What the hell…?”

Rusty Bowers, the Republican speaker of the Arizona state House, told the committee on Tuesday that the former president and his lawyers leaned on him to ignore the law and overturn the 2020 election even though they were unable to produce any evidence of fraud. Bowers refused and went on to receive tens of thousands of emails, voicemails and texts from Trump supporters. Some even showed up at his home and upset his chronically ill daughter, who died several weeks later.

“So, it was disturbing,” Bowers said of the “circus” he was roped into.

Yet, Bowers also gave an interview where he said he would vote for Trump again if the former president was the Republican nominee in 2024.

“Please, help me understand why you would vote for Trump again after what he put you and your family through. I feel like I’m going crazy,” Meyers said. “….I mean, are you one of those grouchy old guys who can’t admit they made a mistake? I’ll bet that’s it. You’re that dad who puts together a piece of IKEA furniture without looking at the instructions and insists you got it right.”

“How are these hearings supposed to change people’s minds when they can’t even change the minds of people in the hearing?” he added.