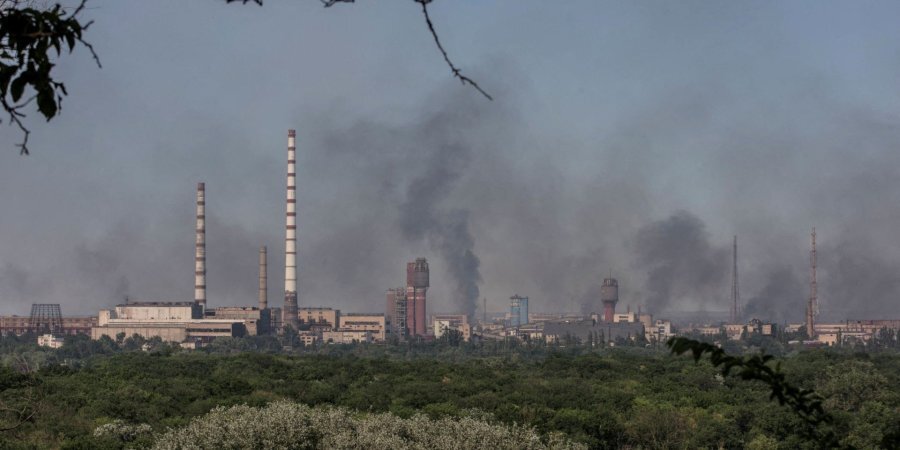 Ukraine
has not ruled out retreated from the eastern Ukrainian city of
Severodonetsk, given that Russia has thrown in nearly all of its
reserves to seize Luhansk Oblast, regional governor Serhiy Hayday
said told U.S. state-owned news outlet Radio Free Europe / Radio
Liberty on June 23.

“All the vehicles and soldiers they have are now moving in our direction,” Hayday stated.

“The only place in Severodonetsk where our defenders remain is the territory of the Azot plant. They held back the enemy for a very long time, while being under constant shelling. A lot of defensive constructions have been destroyed there, and it might be necessary to retreat to new fortified positions.”

Hayday confirmed that civilians remain in shelters on the territory of the Azot chemical plant, located in the city. He says that despite numerous attempts to persuade them to evacuate, many have not done so.

Russian invaders continue shelling the nearby city of Lysychansk. Hayday stressed that despite this, Ukrainian authorities will help bring humanitarian aid to residents and evacuate them when there is an opening. There are about 40 people left in the city, said Hayday on his Telegram channel on June 23. Prior to the full-scale invasion, Lysychansk was home to nearly 100,000.

“They hunt down activists and people involved in military affairs. Relatives of these groups of people are also targeted by the Russians. Men are forced to go to war against Ukraine and are basically used as ‘cannon fodder’.”

President Volodymyr Zelensky said that the battle for Severodonetsk would decide the fate of Donbas, as the combat in the city is one of the most difficult in the entire war.

The head of the military administration of Severodonetsk, Oleksandr Stryuk, said on June 22 that the situation in the city is difficult. Fighting continues in the industrial zone along the lines of the Azot facility, and partly on the territory of the plant. More than 500 civilians are taking shelter underneath the plant.