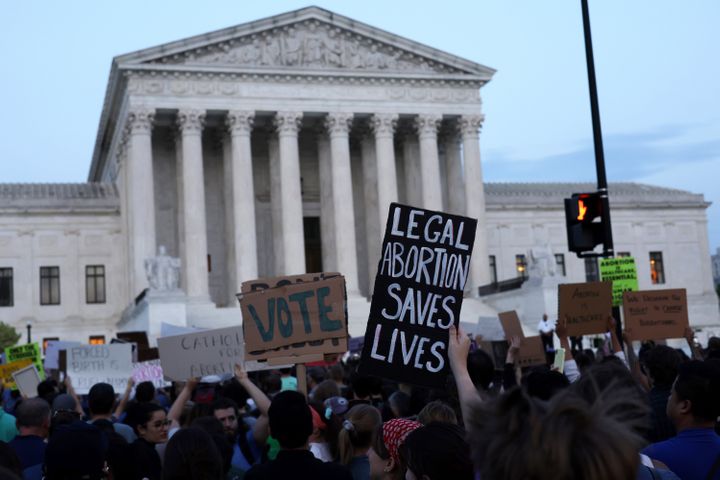 Hours after the U.S. Supreme Court struck down Roe v. Wade on Friday, the heads of the Texas Democratic Party called on local law enforcement officials to refuse to enforce laws banning abortion.

Prosecutors have broad discretion in choosing which cases to pursue, Hinojosa and Cathey noted in their letter. District attorneys in Dallas County, Travis County, Nueces County, Fort Bend County and Bexar County have already promised “not to prosecute or criminalize personal healthcare decisions.”

There is also an effort in Austin to protect its residents from the state’s abortion ban. On Friday, Austin City Council members Jose “Chito” Vela and Vanessa Fuentes called for a special council meeting to pass a resolution that would prohibit city funds from being used to investigate or report abortion and would direct Austin police to designate abortion as their lowest priority for criminal investigation.

Texas, along with Missouri, was one of the first states to ban abortion on Friday, immediately after the Supreme Court ruling. “Abortion is now illegal in Texas,” the state’s attorney general, Ken Paxton, tweeted Friday. Although the state’s “trigger ban” on abortion goes into effect 30 days after a Supreme Court decision, Paxton appeared to be referring to pre-Roe abortion bans, which were never repealed by the Texas Legislature but were unenforceable while Roe was in effect.

The Texas law that goes into effect in 30 days mandates the harshest criminal penalties on abortion in the country. The law will make inducing or attempting an abortion a first-degree felony, punishable with up to life imprisonment and a fine of up to $10,000. Although the law targets abortion providers, experts fear that the vague wording will lead to prosecution of people who pursue self-managed abortions, as well as abortion providers. An individual who self-manages an…