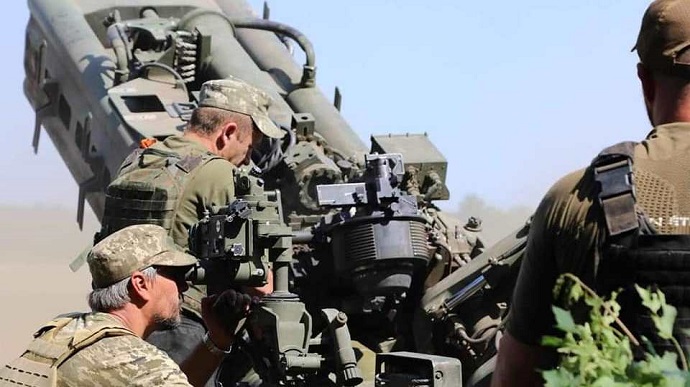 Ukrainian troops have uncovered and defeated several Russian sabotage and reconnaissance groups and deployed combat aircraft to launch an airstrike on a concentration of Russian troops.

Source: General Staff of the Armed Forces of Ukraine on Facebook, information as of 06:00 on 24 June

Details: Russia continues to mount an offensive in the Skhid [East] operational zone in order to:

Russia continues to conduct missile strikes on critical civilian infrastructure facilities across the territory of Ukraine.

On the Kharkiv front, Russian forces fired on some of the neighbourhoods of the city of Kharkiv, as well as on Staryi Saltiv, Korobochkyne, Pechenihy, Dementiivka, and Zolochiv with artillery. Russian sabotage and reconnaissance groups ramped up their activity in the region.

On the Sloviansk front, Russian artillery fired on civilian infrastructure in the vicinity of Bohorodychne, Krasnopillia, Kurulka, Chervone, Ridne, and Chervona Poliana.

Russian forces on the Bakhmut front fired on the positions of the Armed Forces of Ukraine using artillery near Mykolaivka, Berestove, and Novoluhanske. The Russians are trying to improve their tactical positions and cover the remaining supply routes with fire.