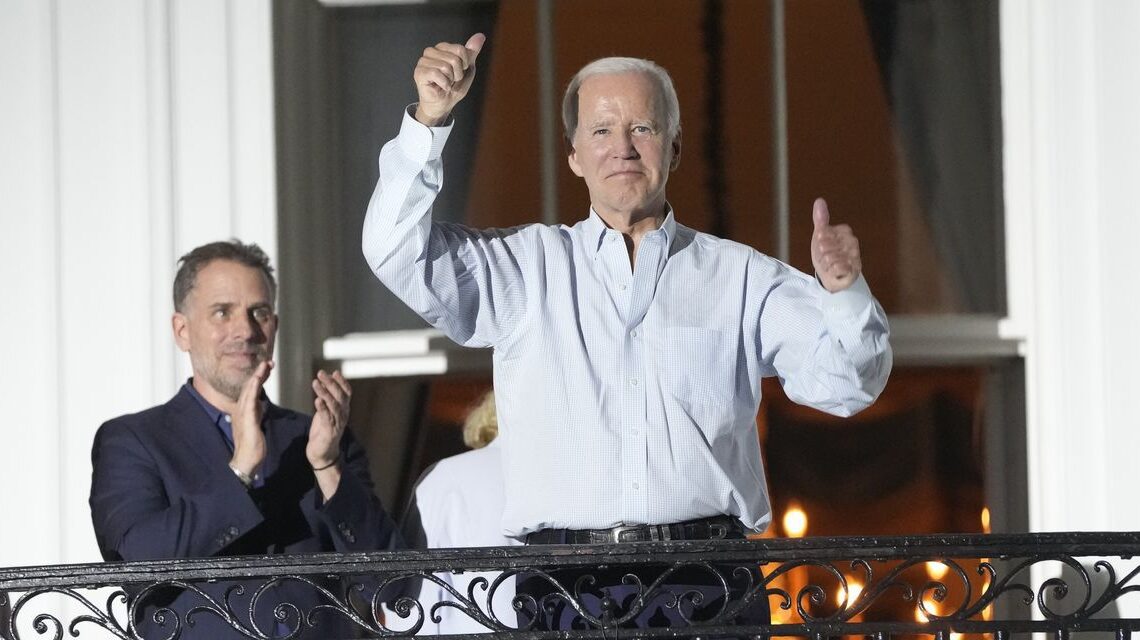 When Democrats and the media are done trying to disqualify

over Jan. 6, they’ll have a similar job to do on

has not one but two choices to make with import for 2024: whether to pursue Mr. Trump for Jan. 6 crimes and whether to keep averting his eyes from

and the evidence of Biden family corruption.

In making his ill-considered call to the Ukrainian president that led to his first impeachment, President Trump, many forget, was riffing on Hunter Biden controversies spelled out in lengthy reporting by the

the New Yorker magazine, ABC News and other mainstream venues—pursuits that were promptly dropped and even actively suppressed once the elder Biden became the media’s champion to unseat Mr. Trump.

Adjust your picture of press corruption. It’s not so much the lies they tell as the truths they withhold. Let Mr. Biden threaten to become an albatross to progressive and Democratic hopes in 2024, and the Hunter story will un-disappear in a hurry. In fact, it’s already happening but in a way that will be half-hearted until the name

starts appearing in mainstream accounts, the man whom the New York Post calls “a de facto financial planner for the wider Biden family.”

All the themes converge in a voicemail newly unearthed off Hunter’s laptop by the Daily Mail. On the evening of Dec. 12, 2018, Joe Biden is heard congratulating his son for surviving a New York Times story about his dealings with a disgraced Chinese mogul. The future president tells Hunter the story “was good. I think you’re clear”—a statement that would seem to torpedo many a repeated White House claim that the president never discussed business with Hunter.

From here on out, neurosis will be the mainstream press’s constant companion as it tries to live down its earlier suppression of the laptop story. In its own March reporting, the Washington Post opted for a display of fake rigor to suggest a reason for its delay in acknowledging the laptop’s existence, indicating even now it wouldn’t stoop to reporting emails seen only in preview mode, meaning the accompanying metadata wasn’t…