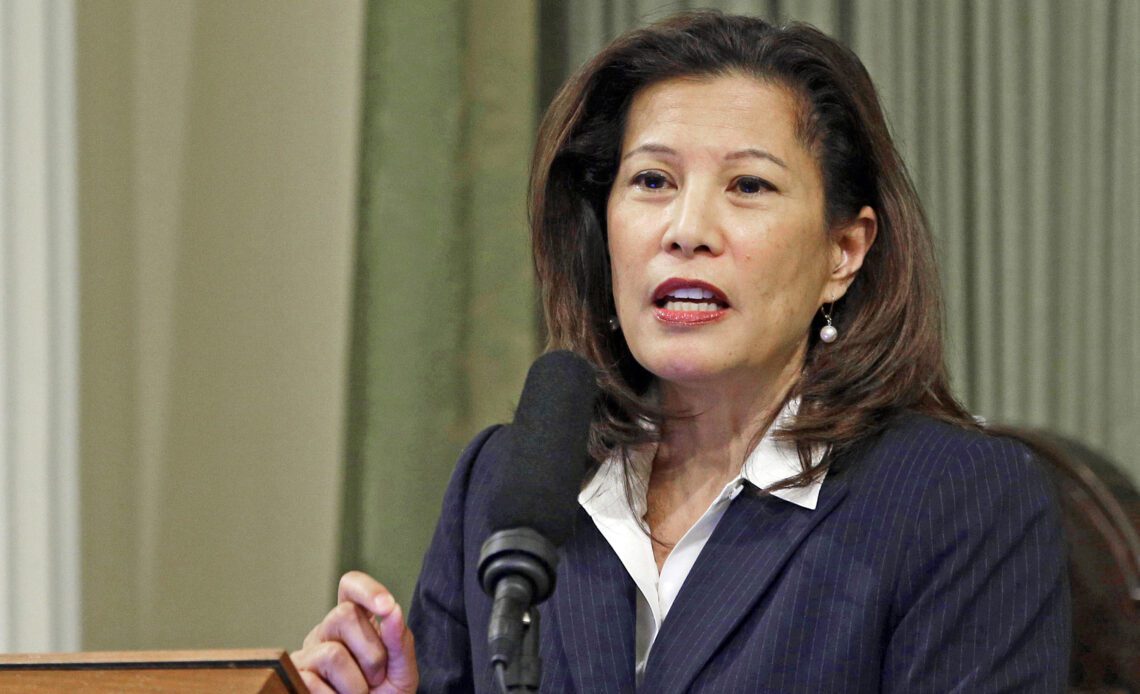 The California Supreme Court’s chief justice said Wednesday that she will not seek a second 12-year term in November and will conclude her current term of office on January 1.

The announcement by Chief Justice Tani Gorre Cantil-Sakauye will give Gov. Gavin Newsom, a Democrat, his third opportunity to appoint a justice to the seven-member high court, and his first to pick a new chief justice.

Cantil-Sakauye was sworn in to office in January 2011 after she was nominated by former Republican governor Arnold Schwarzenegger and was elected in the November 2010 general election.

She is the first Asian-Filipina American and the second woman to serve as the state’s chief justice. She said in a statement that Newsom “will have a diverse pool of exceptionally well qualified jurists and legal professionals to choose from, and I believe the judiciary, the courts, and access to justice in California will be in good hands.”

Unlike U.S. Supreme Court justices and federal judges, California judges do not hold lifetime positions. She would have had to run for retention by voters in November’s election.

Cantil-Sakauye, 62, made her announcement as the filing deadline is approaching.

She is one of five justices on the seven-seven member court who could stand for retention in November, unless they opt not to run and allow Newsom to appoint their replacements.

At least three of the other four have said they will seek retention.

It could be the largest crowd of justices on any one ballot in more than three decades, according to David Ettinger, an appellate lawyer who writes a blog about the California Supreme Court.

California voters simply vote “yes” or “no” on retaining justices in office, and they don’t run against anyone.

Aside from Cantil-Sakauye, the four associate judges who would have to stand for retention are:

— Justice Joshua Groban, who was appointed by then-Gov. Jerry Brown in 2019.

— Justice Goodwin Liu, who was appointed by Brown in 2011.

All but Guerrero have told court officials they plan…