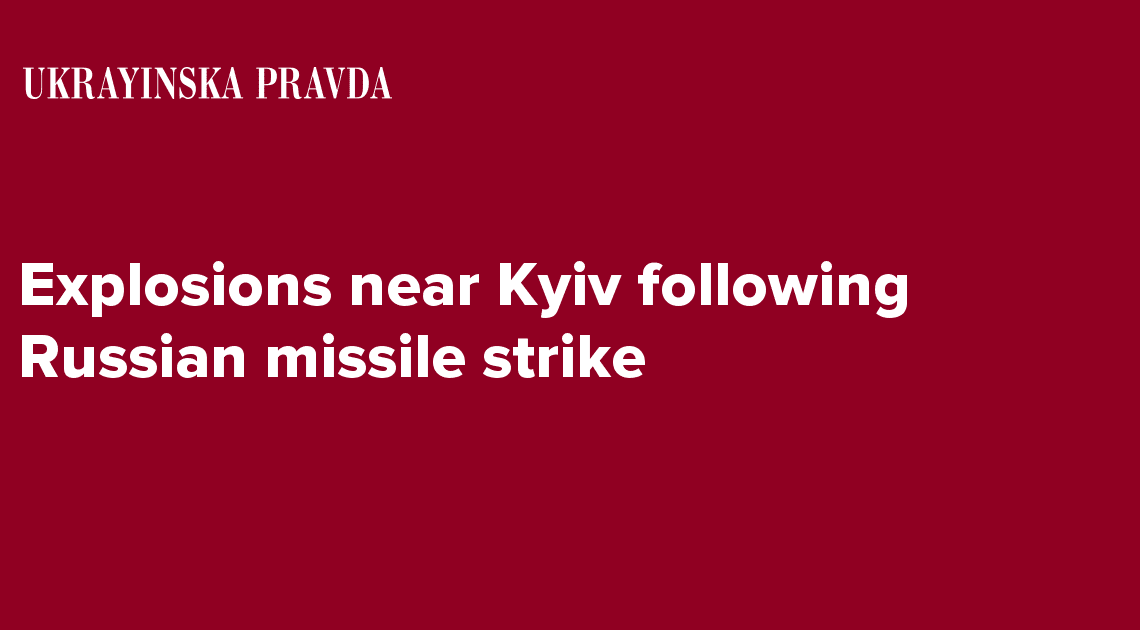 At least two explosions have rocked the area just outside Kyiv, with Russia launching missiles on the Vyshhorod district.

Details: Kyiv Operatyvnyi reports at least three explosions, sharing a photo of a column of smoke.

Quote from Oleksii Kuleba: “This morning the enemy conducted a missile strike on one of the hromadas [Amalgamated Territorial Communities – ed.] in the Vyshhorod district. An infrastructure facility has been struck. Information about casualties is being confirmed.”

Pivnich [North] Operational Command has also reported that they had received information about over 20 missiles launched from the territory of Belarus between 05:20 and 06:30.