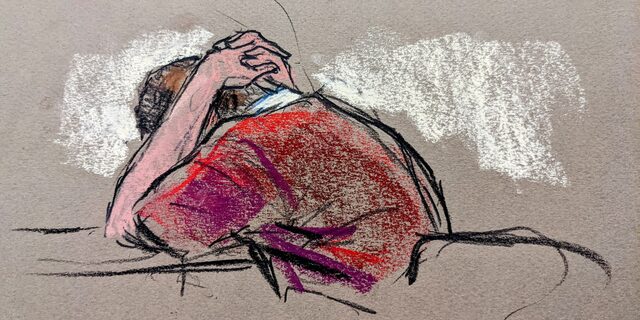 A newly unveiled FBI search warrant shows that the man accused of attempting to assassinate Supreme Court Justice Brett Kavanaugh meticulously planned the alleged plot and even reached out for advice on an internet forum.

According to the FBI search warrant obtained by Fox News Digital, 26-year-old Nicholas Roske Googled various search terms related to the attack including “how to be stealthy,” “assassin skills,” and “most effective place to stab someone” in the weeks leading up to the planned attack.

“im gonna stop roe v wade from being overturned,” Roske told another internet user in an online conversation, according to the documents.

The other user responded with, “what u tryna do.”

‘VIEW’ MOCKS CONCERNS OVER KAVANAUGH BEING CHASED OUT OF DC RESTAURANT: ‘RIDICULOUS’ TO MAKE ‘BIG DEAL’ OVER

Nicholas John Roske, 26, pleaded not guilty on Wednesday to one count of attempting to assassinate a justice of the U.S. Supreme Court.
(William J. Hennessy, Jr.)

Roske said back, “remove some people from the Supreme Court.”

The person Roske was speaking with said that “two dead judges ain’t gonna do nothing.  The whole government is f***** There’s no fixing that You would die before you killed them all.”

Roske responded, “yeah but I could get at least one, which would change the votes for decades to come, and I am shooting for 3 all of the major decisions for the past 10 years have been along party lines so if there are more liberal than conservative judges, they will have the power.”

The newly released document also says that Roske was planning on targeting at least two other members of the Court but did not identify them.

Roske also used the online address HelenKiller1969@gmail.com, according to the documents.

“Roske said that he used his Reddit account to ask individuals, who were unknown to him, questions in order to refine his plan to kill the Justice,” authorities say in the warrant application.

Roske, of Simi Valley, California, was carrying a gun, ammunition, a knife, pepper spray, a screwdriver, zip ties, and other gear when he was arrested by Montgomery County Police…