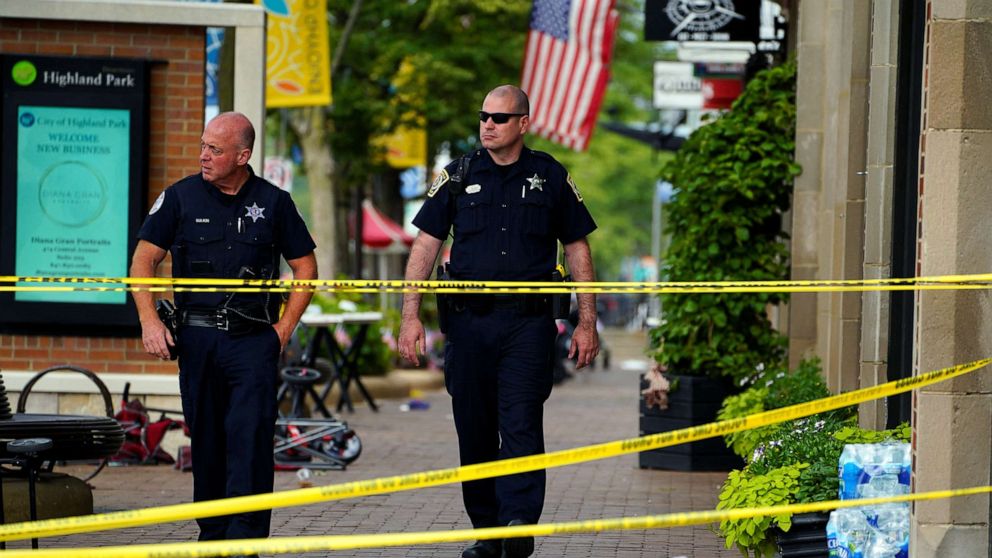 The young man accused of carrying out a mass shooting at a suburban Chicago Fourth of July parade, killing seven people and injuring dozens of others, has been indicted on 117 counts, prosecutors in Lake County, Illinois, said Wednesday.

Robert “Bobby” Crimo III is charged with 21 counts of first-degree murder (three counts for each victim) as well as 48 counts of attempted murder and 48 counts of aggravated battery with a firearm (for each person hit by a bullet, bullet fragment, or shrapnel), prosecutors said.

“Our investigation continues, and our victim specialists are working around the clock to support all those affected by this crime,” Lake County State’s Attorney Eric Rinehart said in a statement.

Crimo, 21, allegedly took his legally purchased high-powered rifle and opened fire from a roof, shooting people who were enjoying the Highland Park parade.

Crimo has not entered a plea. His arraignment is set for Aug. 3.

Authorities said they believe the mass shooting had been planned for weeks.

After the shooting, the suspect’s father, Bobby Crimo Jr., told ABC News he was “shocked,” adding, “I had no — not an inkling, warning — that this was going to happen.”

“This isn’t Bobby,” he said. “I guess that’s why it’s so hard to wrap yourself around it. It doesn’t add up.”

“Less than a minute is all it took for a person with an assault weapon to shoot 83 rounds into a crowd, forever changing so many lives,” Rotering told the Senate Judiciary Committee. “And the most disturbing part, this is the norm in our country.”