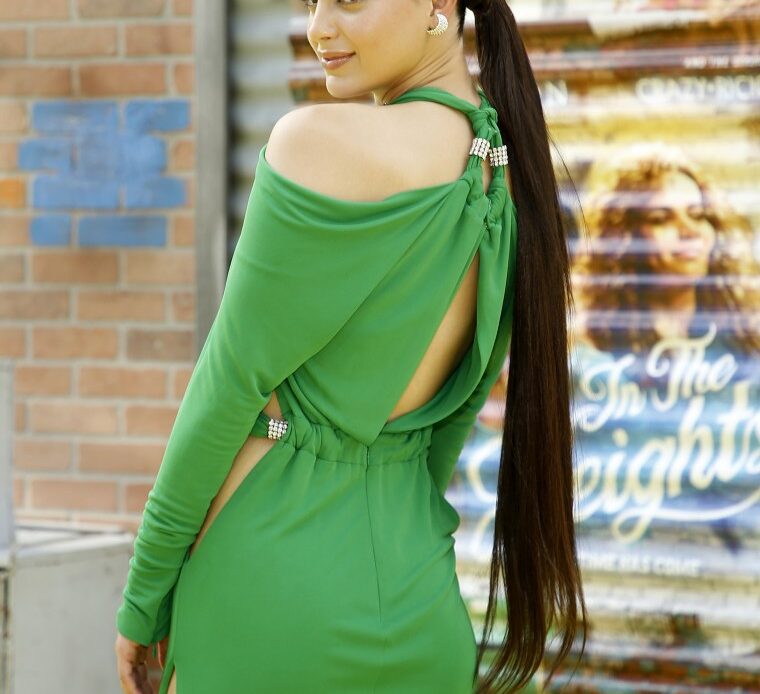 A simple but powerful through line is found in Melissa Barrera’s most recent roles: a commitment to showing fearless vulnerability and openness in the face of turmoil.

In her latest role, the “Scream” and “In the Heights” star portrays Liv, a high-powered New York City attorney who survives a plane crash in the Canadian wilderness, in “Keep Breathing,” a six-episode, limited Netflix series starting July 28.

“It was very daunting for me to go to certain places with this character,” Barrera, 32, said, “because it felt very vulnerable — laying myself bare and letting people see parts of me that I normally don’t let anyone see. She’s most like me in some ways I don’t feel comfortable sharing, but it would be a disservice not to give that role all of me.”

Barrera has fully established herself in the Hollywood sphere following the release of “Vida,” Starz’s three-season series about two estranged Mexican American sisters forced to return to the Eastside of Los Angeles; she played one of the siblings, Lyn. She then netted the role of Vanessa in the movie adaptation of Lin-Manuel Miranda’s award-winning musical “In the Heights” released last year. Her debut in the “Scream” cinematic universe premiered earlier this year.

“I’m grateful to have played such rich and complex women, since flawed women are rarely depicted on screen, especially Latinas, and my whole point has been to subvert categorization,” Barrera said. “This has caused me to lose a lot of opportunities and has slowed my career down a little bit because I’ve said no to many things because I actively haven’t wanted to be pigeonholed, and it’s very easy for this industry to do that.”

Having gracefully emerged in the Mexican television landscape after a stint in the talent reality show “La Academia” and New York University before that, the Mexican actor cut her teeth in her home country in telenovelas (soap operas). “I had small roles, playing characters that were in every four to five episodes,” she said.

Insisting that her early career days were how she became strategic about the roles she goes after, “I learned to say no early on and wait for something better, regardless of how scared I was of the executives’ snide remarks,” Barrera said. Those instincts paid off: She eventually booked her first…