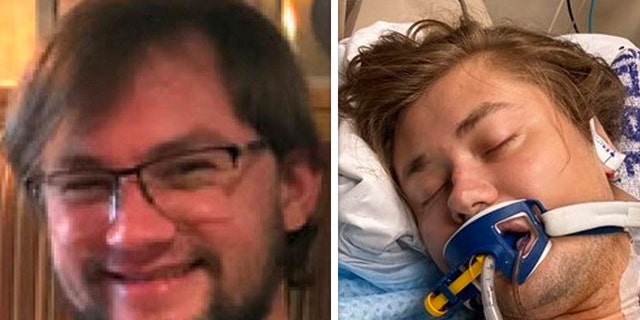 A man found unconscious and unresponsive in the Bronx over the weekend, without identification and with no apparent injuries, is not the missing Texas State student Jason Landry, according to authorities.

When the NYPD initially tweeted out the man’s photo, which shares a resemblance with images of Landry, it caught the attention of Texas investigators, who reached out to detectives in New York, according to Landry’s family.

But the NYPD on Wednesday said it positively identified the man found as a Yonkers resident and notified his family.

“Please pray that he recovers and is restored to his family,” the Texas family wrote of the New York man in a Facebook post on a page dedicated to Landry’s missing person case. “Our wait continues.”

A man found unconscious and unresponsive in the Bronx over the weekend, without identification and with no apparent injuries, is not the missing Texas State student Jason Landry, left, according to authorities.
(Texas Attorney General, NYPD)

Landry was last seen leaving his apartment in San Marcos, Texas, on Dec. 13, 2020, according to authorities.

He was headed home to Missouri City during a break after his first semester at Texas State University, according to his family.

His last known location was at an intersection in Luling, Texas.

A volunteer firefighter found his car the next day, crashed and abandoned in Luling, with the lights still on, FOX 7 Austin reported.

MISSING TEXAS GIRL IMANI STEPHENS, 11, BELIEVED TO BE IN ‘GRAVE OR IMMEDIATE DANGER’

Landry’s father, the Rev. Kent Landry, told the station he found his son’s phone still in the car at an impound lot and his clothing scattered around the street near the scene of the crash.

There is a $10,000 reward offered for Landry’s whereabouts.

He is described as 6 feet, 1 inch tall with brown eyes and light brown hair. He weighs around 170 pounds and sometimes wore a goatee. He has scars on his right ankle and the right side of his neck, according to authorities. His 23rd birthday passed last month.

Michael Ruiz is a reporter for Fox News Digital. Story tips can be sent to…