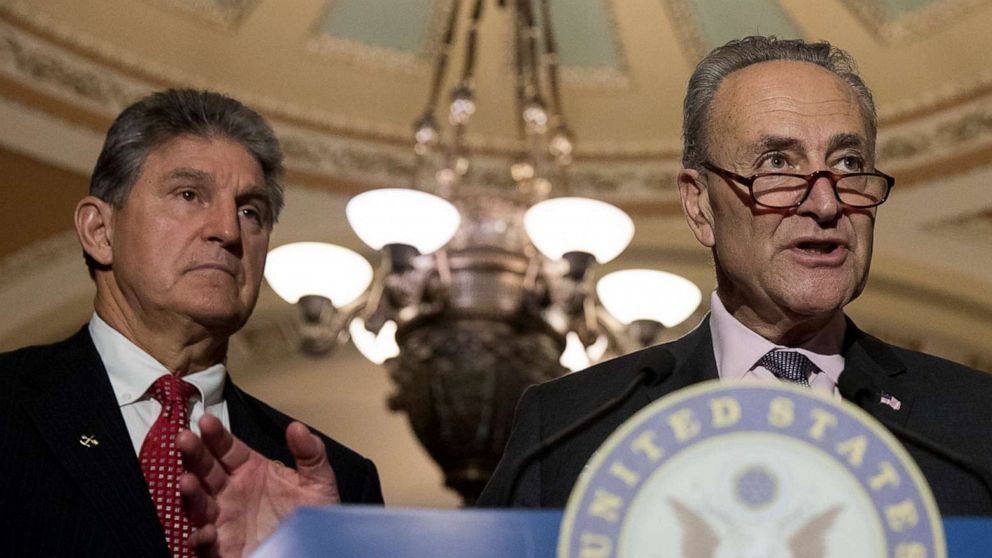 In a surprise move Wednesday, West Virginia Sen. Joe Manchin announced that not only had he reached a deal with Majority Leader Chuck Schumer on a major health care-focused spending package — he had also signed onto climate and energy provisions.

It was a reversal of sorts for the conservative Democrat who just two weeks ago backed away from climate measures being included in any spending bill, telling a radio host that inflation was “absolutely killing many, many people” and that he would have to wait until July inflation numbers were out before considering such measures. Democrats were sure then that they would be left with a health care-only bill. Some other Senators had openly begun making their peace with it.

It was unclear Wednesday why Manchin had changed course.

“Today, we are pleased to announce an agreement,” Manchin and Schumer said in a joint statement, noting “many months of negotiations.”

The pair said they had “finalized legislative text” that, if approved, would reduce the deficit by some $300 billion while investing $369.75 billion in “Energy Security and Climate Change programs” over the next decade.

“The investments will be fully paid for by closing tax loopholes on wealthy individuals and corporations. In addition, the expanded Affordable Care Act program will be extended for three years, through 2025,” the senators said.

With Manchin’s approval, Democratic leaders in the evenly-divided chamber are now aiming to have the bill approved by the end of next week using a fast-track process known as reconciliation that allows passage of such legislation with a simple majority (and Vice President Kamala Harris’ tie-breaking vote).

The House, according to Speaker Nancy Pelosi, would then return sometime in August to pass the measure.

If approved, it would be a major victory for President Joe Biden, who announced his support for the deal in a statement Wednesday night after speaking to both Manchin and Schumer. Biden had tried but failed to get his party united behind a sweeping $2 trillion “Build Back Better” economic and social safety net bill that included provisions like universal pre-K, Medicaid expansion and paid family leave, but Manchin previously balked at that price tag amid rising inflation, tanking that bill.

Similar, if scaled-down, proposals since have all failed to garner sufficient support among Democrats, with Republicans opposed.