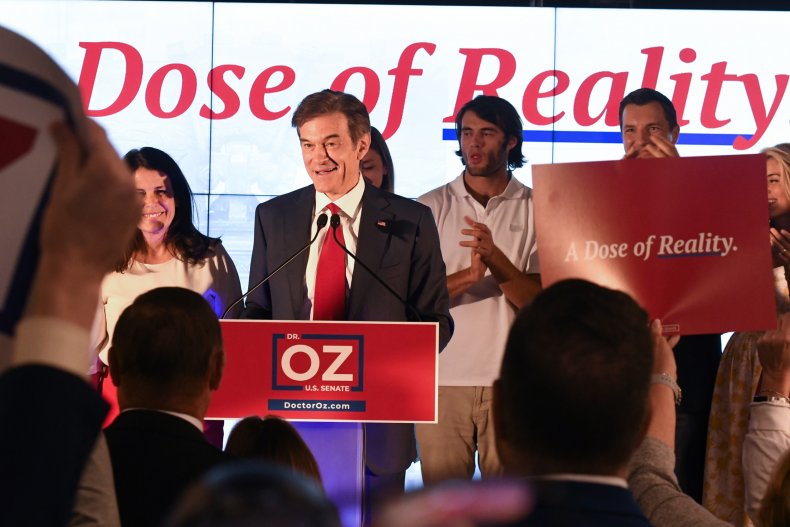 Earlier this year, Fetterman, who currently serves as Pennsylvania’s lieutenant governor, won the state’s Democratic Senate primary, defeating fellow Democratic candidate Conor Lamb. Similarly, Oz defeated David McCormick, a former hedge fund CEO in the state’s Republican Senate primary, following a recount of votes. The winner of the race between the two candidates will fill a vacancy left by current Pennsylvania Senator Pat Toomey, who announced that he is retiring after his current term.

A recent survey conducted by Blueprint Polling, found Fetterman holding a 9.3 percent lead over Oz as 48.9 percent of respondents said they support the Democratic candidate while 39.6 percent sided with the Republican.

Blueprint Polling surveyed 712 registered voters in Pennsylvania from July 19 to 21. The poll reported a margin of error of plus or minus 3.67 percentage points.

Prior to the results found this month by the Blueprint Polling survey, another poll conducted by GOP polling firm Cygnal in June found Fetterman leading by just 4 percent. According to the poll, 48.2 percent of respondents said they would vote for Fetterman compared with 43.8 percent who sided with Oz. The Cygnal poll surveyed 535 likely general election voters in Pennsylvania from June 16 to 17 and reported a margin of error of plus or minus 4.18 percentage points.

Despite Fetterman’s lead in the poll, Cygnal’s Chief Revenue Officer Chris Kratzer said as the economy and inflation worsen, “Oz will continue to gain more steam.”

“Voters know Democrats have mismanaged our economy with reckless spendings and focused on radial left issues instead of the well-being of Americans and Pennsylvanians,” Kratzer said.