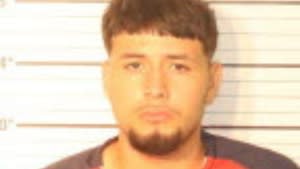 Another person has been charged in connection with the fatal shooting of a Memphis pastor during a carjacking in Whitehaven.

Memphis Police said Autura Eason-Williams was shot multiple times during the incident, and she died afterward at Regional One.

According to an affidavit, video footage showed Eason-Williams drove her Infiniti Q50 into her driveway, and the suspects followed her in a Hyundai.

Two masked suspects got out and ran up to the pastor’s car.

The person from the driver’s side fired several shots, striking Eason-Williams, police said.

That suspect then pulled her from her car, got into the driver’s seat, and drove away.

Six 9mm shell casings were found at the scene.

During the investigation, police developed Eduard G. Rodriguez Tabora, 20, as a suspect, the affidavit said.

Tabora gave a statement that he was with two juveniles when Eason-Williams was killed.

He said one of the juveniles was driving the Hyundai, and the other one ran to the driver’s side of Eason-Williams’ car.

He said he ran to the passenger side, police said.

Tabora said he was wearing a face mask and gloves and carrying a handgun.

After the shooting, he ran back to the Hyundai and fled with another juvenile.

MORE: 15-year-old charged in Memphis pastor’s death could be tried as an adult, DA says

Two 15-year-olds allegedly involved in the shooting have also been charged with first-degree murder and other crimes.

Shelby County District Attorney Amy Weirich is seeking to have them both tried as adults.

Eason-Williams’ children said they do not want the teens tried as adults.

Her daughter, Ayana Hampton, said, “We are not convinced that we have to send children to adult prison for them to suffer the proper consequences that will fit their crime.”

The children said they requested the teens not be tried as adults during a meeting with the DA.

“I was told yesterday there would likely be more support for these children in the adult system than there would in the juvenile system,” Ayana…