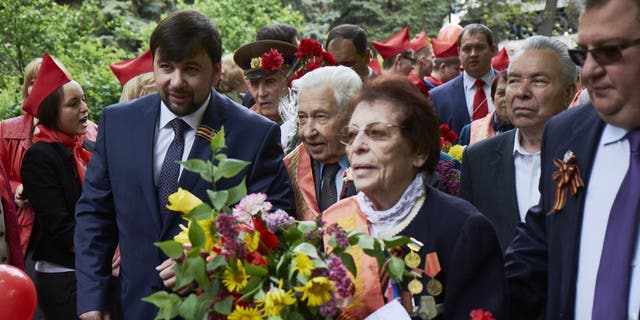 Ukraine’s capital city could be facing a renewed threat as the leader of the self-proclaimed Donetsk People’s Republic (DNR) Denis Pushilin traveled to Belarus Wednesday and said it was “time to liberate” Kyiv.

Pushilin, backed by Russian President Vladimir Putin, traveled to the southwest city of Brest, which is situated on the border of Poland and just 50 miles from Ukraine, a state-owned Russian media outlet first reported.

Ukrainian officials have been sounding the alarm for months that Russian forces may once again attempt to take Kyiv after failing to capture the capital city earlier this year.

Following their withdrawal from Kyiv, Russian defense officials said their aim was to achieve “full control” over the eastern and southern regions of Ukraine.

But Moscow’s continued offensive in Ukraine and troop movements in Belarus has Ukrainian officials concerned they could be facing a second front to the north.

Earlier this month Belarus launched military drills along its shared border with Ukraine in an effort to assess troop preparedness in combat tasks.

Mikhail Podolyak, adviser to Ukrainian President Volodymyr Zelenkyy, claimed that “Moscow’s desire to cover the lack of its military capabilities is behind the attempts to involve Belarus in the war.”

“Russia needs Belarusian army disposal and the power loss of the Lukashenko regime,” he added.

Fears that Belarusian President Aleksandr Lukashenko could enter the fray by sending troops into Ukraine in support of Russia surfaced in June when he allowed Russia to fire missiles at Ukrainian targets from Belarusian airspace.