RNC warning to Trump: If you run for president, we stop paying your legal bills, says official 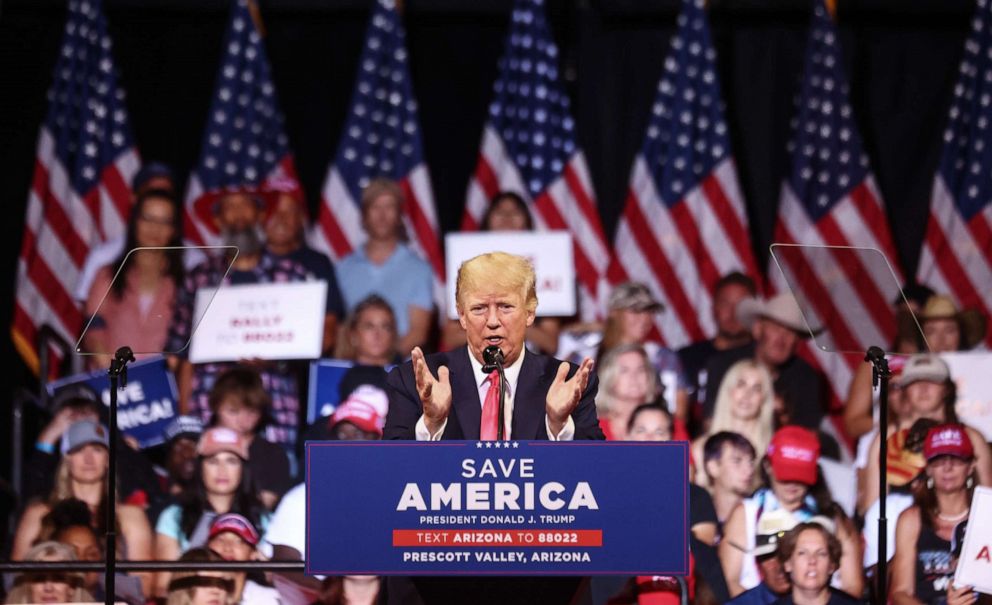 Republican leaders who worry that Donald Trump could hurt their midterm chances by announcing a presidential run too soon are hoping he’ll be dissuaded from doing so by the prospect of losing hundreds of thousands of dollars in legal payments, according to an RNC official.

Since October 2021, the Republican National Committee has paid nearly $2 million to law firms representing Trump as part of his defense against personal litigation and government investigations.

But an RNC official told ABC News that as soon as Trump would announce he is running for president, the payments would stop because the party has a “neutrality policy” that prohibits it from taking sides in the presidential primary.

In January, RNC Chair Ronna McDaniel said, “The party has to stay neutral.”

“I’m not telling anybody to run or not to run in 2024,” she added. However she has since reaffirmed that Trump “still leads the party.”

RNC officials would not comment on the record for this story. Representatives for Trump also declined to comment.

This isn’t the first time that legal bills have been seen as possible leverage over Trump.

According to the book “Betrayal: The Final Act of the Trump Show,” by ABC News Chief Washington Correspondent Jonathan Karl, in the final days of Trump’s presidency, Trump told McDaniel he was leaving the GOP and creating his own political party — only to back down after McDaniel made it clear to Trump that the party would stop paying his legal bills for his post-election challenges and take other steps that would cost him financially.

Both Trump and McDaniel have denied the story.

According to the RNC’s most recent financial disclosure to the Federal Elections Commission, from October 2021 through June of this year, the RNC paid at least $1.73 million to three law firms representing Trump, including firms that are defending him in investigations into his personal family business in New York. Last month alone, the RNC paid $50,000 to a law firm representing Trump in June.

The latest tally tops the $1.6 million maximum figure that the Republican Party’s executive committee reportedly voted to cover for Trump’s personal legal bills during an RNC meeting last year, a figure that The Washington Post, which first reported on the agreement in December, wrote could increase further with the party executive…