Saving endangered monarch butterflies is at our fingertips 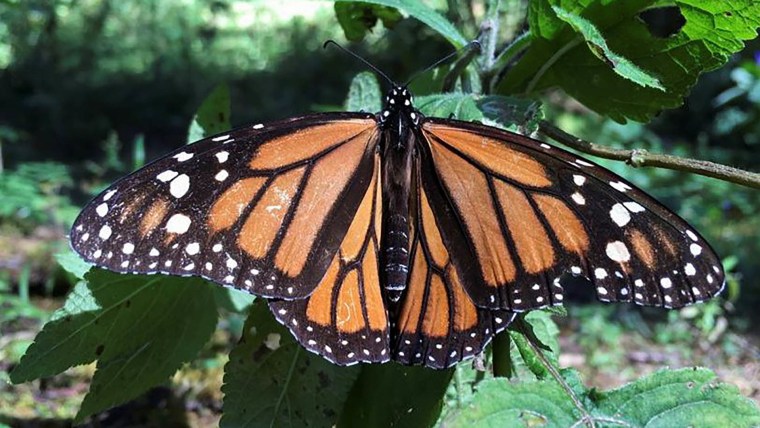 North America is home to many iconic living species: bald eagles, grizzly bears, bison and monarch butterflies. But monarch butterflies in the U.S. might not be around much longer. The migratory monarch butterfly, found across the continental U.S., has been designated as endangered by the International Union for Conservation of Nature. While things don’t look good for monarchs right now, there are actions we can take today to protect our flying friends and help them see tomorrow.

You might think it odd that I place a butterfly alongside the bald eagle, but migratory monarch butterflies are remarkable creatures.

You might think it odd that I place a butterfly alongside the bald eagle, but migratory monarch butterflies are remarkable creatures.

To start, monarch caterpillars are picky eaters, gorging themselves on milkweed — a toxic plant. They have the unique ability to tolerate milkweed poison, meaning they don’t have to compete with other species for food, and they become poisonous themselves.

As adults, monarch butterflies typically weigh less than half a gram, so light that nine of them would be outweighed by a sheet of paper. For the first three generations born in a year, adults live for a few weeks, a short life for a fragile flier. But the fourth generation does something truly extraordinary.

Monarchs born in the fourth and last generation of the year can live for several months as the butterflies migrate as much as 3,000 miles south to overwinter in warmer climes. Some travel all the way from the shorelines of the Great Lakes across the Great Plains through central Texas to humid mountain forests in Mexico. West of the Rockies, they head from the Pacific Northwest to Southern California. It’s the only butterfly known to migrate two ways, like birds do.

The two populations in the East and West are likely genetically linked, but they are faring worse in the West. In the East, the monarch population has decreased by about 80%. This is a stunning decline of hundreds of millions, but it pales next to the near-total collapse of the Western population.

In the 1980s, there may have been 10 million butterflies in the Western population. In 2021, there were 1,914. Imagine if the population of New York City fell below 2,000 people, and that is what has happened to monarch butterflies on the West Coast.