Stop Panicking About the U.S. Economy 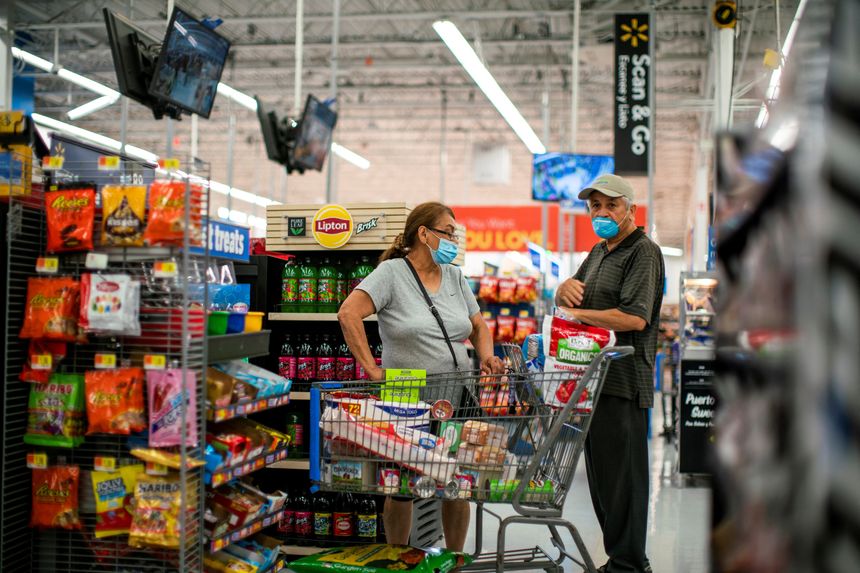 The page-one headline in the Journal on Tuesday sounded another recession alarm: “Walmart Cuts Its Outlook, Rattling Investors.” Amid higher prices for food and gas, consumers are pulling back, “an ominous sign for the U.S. economy.”

response could be a sign that the next recession will be short-lived and less severe, if it comes at all. In which case, start buying stocks again; they’re cheap.

When customers resist a price hike and change their buying habits, Walmart knows instantly, based on minute-by-minute data from its 4,735 U.S. stores, and can cut prices accordingly. The world’s largest brick-and-mortar retailer by revenue is cutting prices at a time when inflation is roaring. Even the biggest retailers lack the power to pass higher costs along to customers, who are addicted to 30 years of low prices. Such resistance to inflation is at work at my pricey butcher shop in Brooklyn, N.Y., where the owner says he charges customers only a portion of his higher costs to avoid losing their business. This helped him survive two years of lockdowns without laying off any of his 20 employees.

Another sign inflation could be coming down: Though the Federal Reserve frets about consumers’ inflation expectations, the bond markets already are predicting the Fed will start trimming rates less than a year from now.

There are other reasons for optimism. Consumers’ spending less elsewhere to pay for higher-priced gas has anti-inflationary effects. There is less excess cash for movies, jet skis and new cars.

Auto makers have large inventories of vehicles that haven’t made it to showrooms because of chip shortages—General Motors alone has almost 100,000. When those cars are ready, steep price cuts will move them and provide another anti-inflationary force.

Even the outlook for oil prices is…