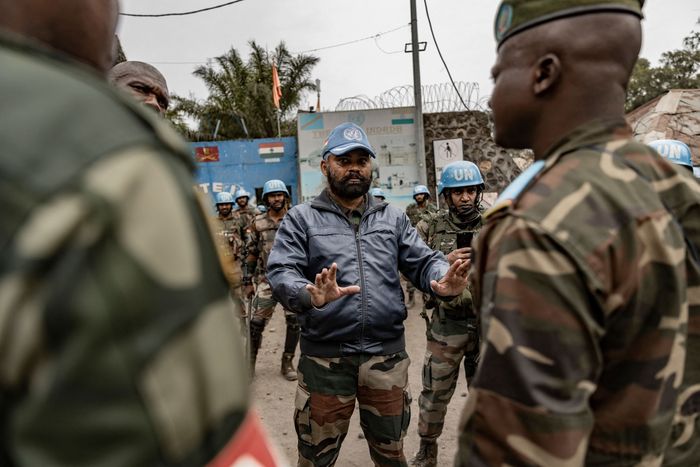 A surge in militia attacks in eastern Congo has sparked violent protests against United Nations peacekeepers over their perceived inability to keep civilians safe, killing at least 19 people this week, including three U.N. personnel.

Protesters on Wednesday blocked roads outside the local headquarters of the United Nations peacekeeping mission, known by its French acronym Monusco, in the town of Uvira in the mineral-rich South Kivu province. Congolese officials said warning shots fired by Congo police hit a high-voltage power line that collapsed onto demonstrators, killing four of them.

A day earlier, demonstrators snatched guns from Congolese police and shot and killed three Monusco peacekeepers, according to U.N. and local officials. At least 12 protesters died in the clashes with Congolese security forces and Monusco peacekeepers, Congo’s government said Tuesday. The protests started Monday when a mob ransacked and looted a U.N. military base and supply center in the city of Goma.

condemned the violence, noting that the attacks on peacekeepers may constitute a war crime.

The unrest comes amid a sharp increase in attacks on civilians in eastern Congo, where dozens of armed groups have been waging war with the nation’s army for nearly three decades.

After being defeated by Congo’s army and U.N. peacekeepers in 2012, a militia known as M23 in November started recapturing territory in eastern Congo, straining already tense relations between the U.N. mission and locals. Bintou Keita, Mr. Guterres’s special representative in Congo and head of the peacekeeping mission, told the Security Council last month that the M23 group poses a threat “beyond the current capabilities” of the 12,000-strong force.