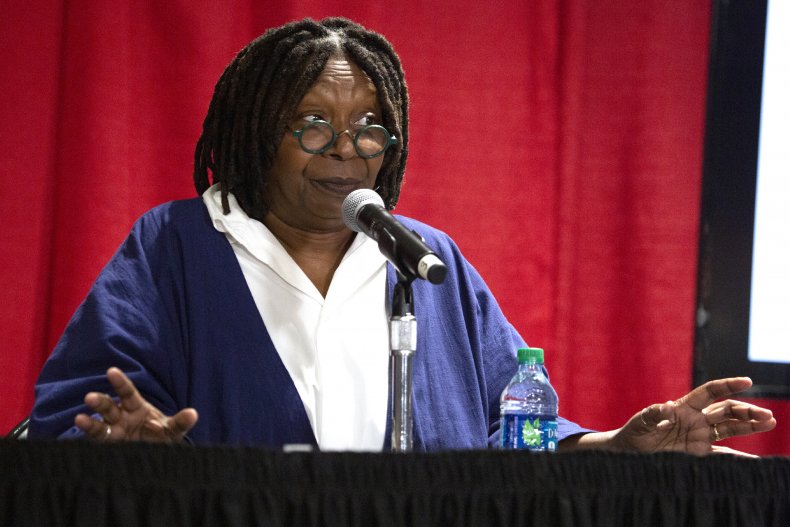 The View issued a formal apology Wednesday to Turning Point USA (TPUSA) for an on-air discussion that linked the conservative organization with neo-Nazi protesters. Despite the public statement, Turning Point USA criticized co-host Whoopi Goldberg for remaining silent when the apology was read on-air.

On Monday, Joy Behar, one of the other co-hosts of the popular ABC News program, discussed a recent Turning Point USA summit that was held in Tampa, Florida. She said that “neo-Nazis” demonstrated outside the conference, making “antisemitic slurs” and wearing Nazi symbols. A disclaimer informed viewers that TPUSA condemned the protesters, but Goldberg said of the group, “You let them in and you knew what they were, so you are complicit.” She later added that her “point was more metaphorical.”

A cease-and-desist letter sent to The View from TPUSA said it was prepared to take legal action if ABC News did not retract the statements about the protesters and apologize.

On Wednesday, co-host Sara Haines read a statement on the air to address the controversy. “We want to make clear that these demonstrators were gathered outside the event and that they were not invited or endorsed by Turning Point USA,” she said.

“Whoopi remained silent and has not retracted her comments that TPUSA ‘metaphorically’ embraced ‘Nazis,'” TPUSA tweeted.

A follow-up message from TPUSA said, “In 2017, Whoopi said that a fake news story put her life in danger. This is the same person that has yet to apologize for smearing 5,000 students as Nazi sympathizers.”

“Notice how Whoopi stays curiously silent for once in her life…” Kirk wrote on Twitter.