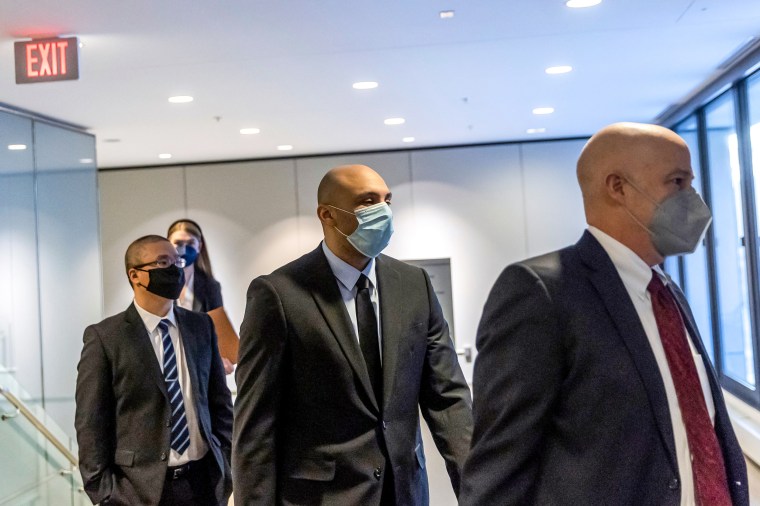 A judge sentenced J. Alexander Kueng to three years and Tou Thao to 3½ years for their roles in Floyd’s death in 2020. Both are also required to complete two years of supervised release when their prison sentences end.

Kueng and Thao were convicted in February of depriving Floyd of his civil rights while acting under government authority when they failed to give him medical aid and of not intervening to stop their fellow officer Derek Chauvin from using excessive force.

Last week, a federal judge ruled that guidelines for Kueng’s and Thao’s sentences would be calculated in a way that would reduce their potential prison time. The two headed into Wednesday’s hearing with a recommended sentencing range of 4¼ to 5¼ years.

On May 25, 2020, Kueng, Thao, Chauvin and former Minneapolis Police Officer Thomas Lane were responding to a call about a counterfeit bill from a convenience store in Minneapolis’ Powderhorn Park neighborhood when they encountered Floyd, 46.

Lane and Kueng, both rookie officers and partners on the call, were on top of Floyd, a Black man, as Chauvin applied deadly pressure to Floyd’s neck and he gasped for air. Thao was in charge of crowd control. Floyd‘s death spurred protests against systemic racism around the world.

Kueng did not speak during the hearing.

Thao spoke for roughly 20 minutes before his sentence was handed down, making multiple references to his Christian faith in the often-meandering address. He did not mention Floyd, nor did he directly address Floyd’s family and friends present in court.

“Throughout this two-year journey, I’ve never seen so much corruption in this case,” Thao told the court. “I thought this was Hollywood.”

At the end of his statement, Thao said that as a father of three, he could plead for mercy, but he said he instead wanted to ask his friends to turn to God to save their souls.

Courteney Ross, Floyd’s girlfriend, said she was disappointed in the sentences and offended by Thao’s comments.