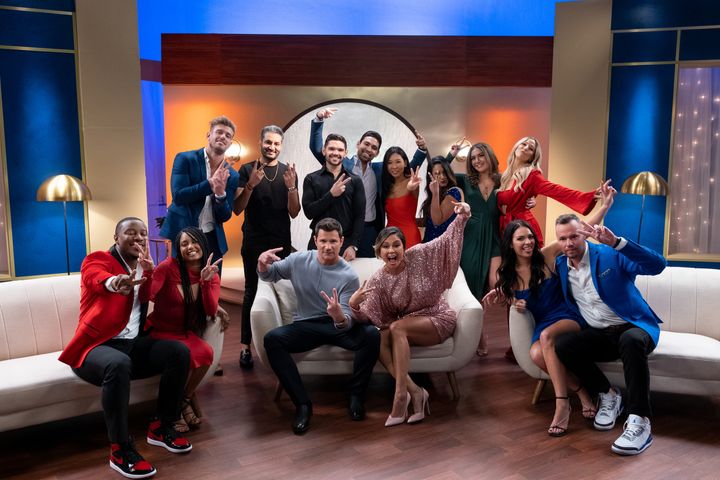 Love is blind… as long as you’re conventionally attractive.

Vanessa Lachey, who co-hosts the popular Netflix dating reality series “Love Is Blind,” gave a terrible response when she was asked about the lack of body diversity on the show.

Some contestants feel “insecure,” which prevents them from forging a stronger connection with potential matches, Lachey told Insider.

“Their whole life they’ve been so insecure about being themselves because of this crazy swipe generation that we are in and this catfishing world that we’re in, that they’re so afraid to be themselves,” Lachey said of contestants who may not believe they fit into conventional beauty standards.

“Love Is Blind” has yet to prominently feature a contestant who is plus-sized, visibly disabled or older than 40 — which seems odd since the concept of the show is to fall in love with someone’s personality rather than their physical appearance.

The popular show is broken into a few phases. The first is a two-week “pod” period in which contestants “meet” one another in “pods,” or two separate rooms, and speak to one another through a wall. If the two forge a deep connection, they get engaged and meet face to face for the first time. The show then transitions into focusing on how the engaged couples navigate their way to the altar.

Plus-sized contestants have been selected by casting and are shown in the preliminary phase of the show. During the show’s two-season run, however, none of these plus-sized contestants, who are initially introduced as potential love matches, had their “pod” dates with other contestants featured on the show. They also had very little airtime to speak about themselves during confessionals. So it’s unclear why these contestants never make it to the engagement stage and become part of the show’s main cast.

But Lachey has a theory for that as well.

“I wonder if they truly don’t have enough time in those two weeks to find themselves, A, and then be themselves to then find that spouse,” Lachey said.

There have been cast members on the show who have shared stories about previously losing a significant amount of weight, though by the time they’re featured on the show, they have what most would consider smaller bodies.

Danielle Ruhl of Season 2 was often painted in the series…