What's in the Manchin-Schumer deal 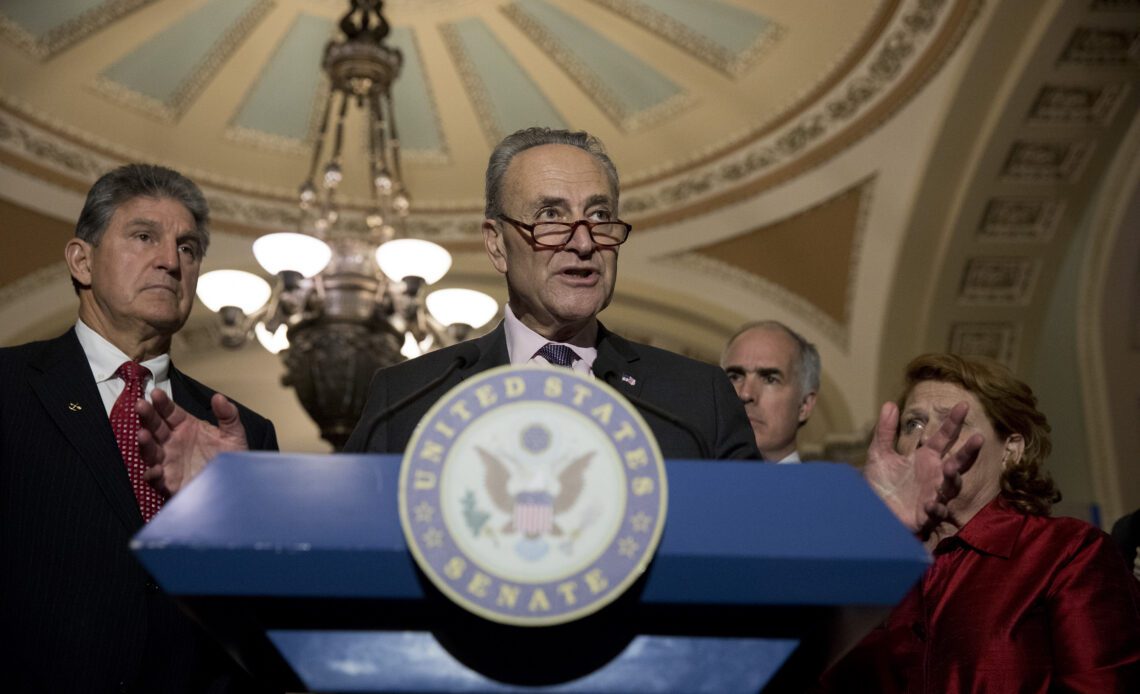 The deal, coined “The Inflation Reduction Act of 2022,” would “fight inflation, invest in domestic energy production and manufacturing, and reduce carbon emissions by roughly 40 percent by 2030,” Manchin and Schumer said in a statement. The Democrats said the legislation, which they project would reduce the deficit by $300 billion, would be brought to the Senate floor next week.

Here’s what’s in the agreement, with estimates from the Joint Committee on Taxation and the Congressional Budget Office:

$313 billion — The legislation will raise revenues in part by imposing a corporate minimum tax of 15 percent.

$288 billion — The agreement calls for prescription drug pricing reform, which will allow Medicare to negotiate drug prices. Out-of-pocket costs will be capped at $2,000, the agreement summary says.

$124 billion — This revenue will be raised through Internal Revenue Service tax enforcement.

$14 billion — The two senators said the bill would raise these funds by closing the carried interest loophole. In the agreement, they note that there will be no new taxes imposed on families making $400,000 or less and that they are making the “biggest corporations and ultra-wealthy pay their fair share.”

$369 billion — The legislation would contribute this amount in energy and climate provisions, which Manchin and Schumer said would “invest in domestic energy production and manufacturing, and reduce carbon emissions by roughly 40 percent by 2030.”

$64 billion — The remaining investment is the estimated cost of three years of subsidies for Affordable Care Act premiums — an increase from the two-year extension Manchin had originally agreed to.