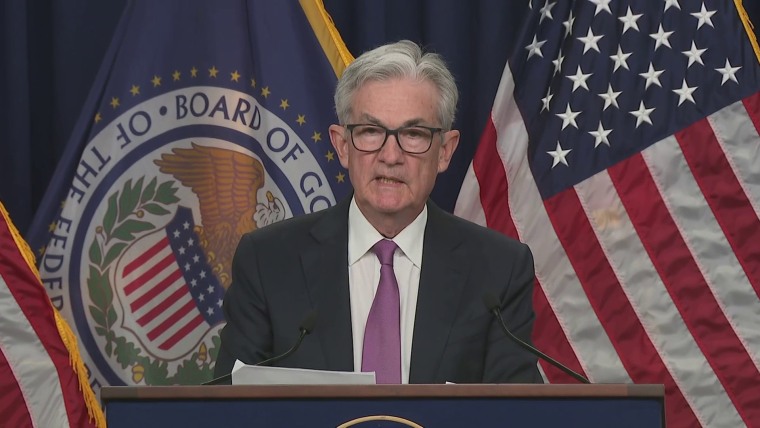 WASHINGTON — White House officials have been increasingly trying to combat the narrative that the United States is on the brink of a recession as they look to get out ahead of grim economic data expected Thursday.

White House officials have been blanketing the airwaves over the past week, briefing reporters, putting out blog posts and urging surrogates to amplify their message as they seek to highlight areas of strength in the economy amid growing Republican attacks.

“We’re not going to be in a recession,” Biden told reporters Monday.

The White House acknowledged Wednesday that inflation is putting pressure on consumers, but they pointed to strong job growth as a hopeful sign for the economy. A senior administration official said one of their concerns is that fears of a recession will cause consumers to pull back, creating a “negative self-fulfilling prophecy,” which has prompted the White House to try to push back on recession concerns ahead of data on economic growth set to come out Thursday.

“I wouldn’t say it’s my greatest worry, but I think it explains why we feel it’s important to be going out these few days before the GDP report and make sure people understand, accurately, that even if you had a negative number tomorrow that we are not and have not been in a recession,” said the official.

Economic analysts expect data to be released Thursday showing an overall decline in gross domestic product for the second quarter in a row, one of a number of metrics that in the past have been used to signal the U.S. economy was entering a recession. Earlier this week, data showed consumer confidence declined last month to the lowest level in more than a year.

The Federal Reserve on Wednesday announced it was raising its key interest rate by 0.75% to combat rising inflation, but Fed Chairman Jerome Powell said he didn’t think the U.S. was currently in a recession.

“I do not think the U.S. is currently in a recession and the reason is there are too many areas of the economy that are performing too well,” he said.

For months, White House officials have been fretting over the impact the economy could have on Democrats’ chances of holding on to control of Congress and trying to land on a message that will break through with voters, said a person close to the White House who asked not to be named talking about internal White House business.

The latest pushback around a recession is indicative of those wider concerns and efforts, the person said.