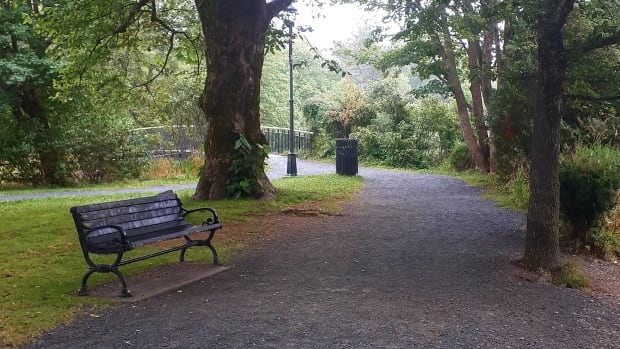 A woman who was allegedly attacked by a man with autism in a public park in broad daylight on Monday has three clear requests following her traumatic experience.

She wants to see people with complex needs get the help and supervision they require. She wants public parks in St. John’s to be staffed with more security guards. And she wants bystanders to take action when they see someone in distress.

“This is very traumatic for me to make this public, but I feel I have a duty to warn people,” the woman said Tuesday. Her name is shielded by an automatic publication ban in cases of sexual assault.

Police confirmed Monday afternoon that a 22-year-old man is facing a single count of sexual assault in connection with an attack in Bowring Park. The man’s father, Calvin Flynn, says his son is autistic and has complex needs that require constant supervision.

He snuck out of the house on Monday and went to Bowring Park, where he takes walks with his family almost every day. By the time his father caught up to him, he was in a police car.

The system is failing them. It’s failing us.– Alleged victim

The woman said she had just gotten out of the park pool and was lying in the grass, sunbathing, when a man jumped on top of her. She said he moaned and grunted while pulling at her bikini bottom. The woman said her mother managed to pull him off her, while they both screamed for help. She said he continued chasing them around in circles, asking for a hug, for nearly 15 minutes while waiting for police to arrive.

Flynn says his son didn’t intend to harm her, but the woman and her mother insist the man expressly said he was going to rape her.

She said it was clear he had a disability, and she questions whether he understood what he was doing — but it doesn’t take away from the fear she experienced.

“We’re not OK,” she said. “I’ve been having constant panic attacks. I can’t sleep. I’m shaking. I’m crying from one moment to the next.”

Flynn, who is not allowed to contact the woman, expressed his apologies during an interview with CBC News.

He said the family moved to St. John’s four years ago to get access to better services for their son. Despite the move, Flynn said, his son has been turned away from program after program, and has been on a wait list for a psychiatrist the entire time they’ve been in the capital city. He said they’re also in desperate need of a caretaker to give him and his wife a break.