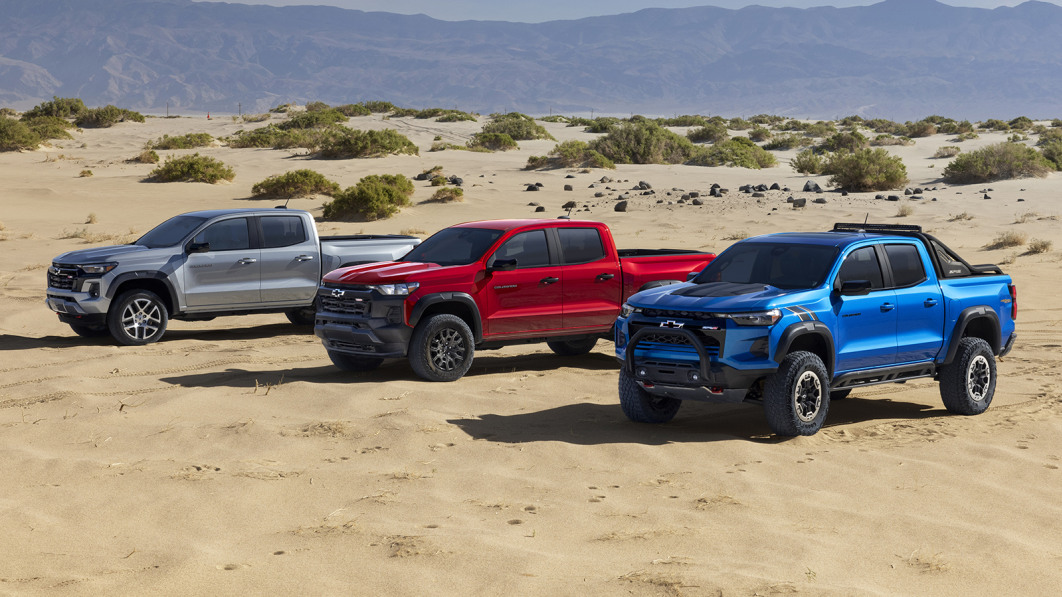 Eight years after the model was revived, the 2023 Chevy Colorado marks a whole new generation for the midsize pickup truck. It’s fully redesigned with a number of big changes; one of the biggest being the switch to turbocharged four-cylinder engines. But along with the changes are a lot of the good things from the previous generation, including the ultra-off-road-ready ZR2 trim level.

We’ll start with the new engines. The old V6 and naturally aspirated four-cylinder choices are gone. Instead, every Colorado gets a turbocharged 2.7-liter turbocharged four-cylinder. But it’s offered in three varieties. The base engine makes 237 horsepower and 259 pound-feet of torque. Then there are two 310-horsepower options. This particular engine is mechanically the same as what comes in the bigger Silverado (the low-output one loses some features such as oil piston squirters). The regular version of this engine makes 390 pound-feet of torque, and the high-output version makes 430 pound-feet of torque. All of these engines are paired with a new version of GM’s eight-speed automatic transmission and either two-wheel for four-wheel drive.

Also missing from the powertrain lineup is the diesel. There don’t seem to be any plans for the diesel at the moment, and when asked, Chevy representatives noted that the turbo gas engine does a good job of delivering diesel-like torque and improved fuel economy over the old gas engines, thus making the diesel less necessary. Unfortunately, fuel economy numbers haven’t been released for the new gas engines, but they should be revealed soon. Chevy did share towing numbers, and maximum towing has increased from 7,000 pounds to 7,700 pounds. The base engine maxes out at 3,500 pounds.

These new engines are packed into a new body sitting on a new frame, though with some design similarities to the old one. And it gets just one new body. The new Colorado is only available with the crew cab and short bed, losing the long-bed option and the extended cab variations. Compared to the equivalent outgoing Colorado, the new truck is nearly the same size at just 0.3 inch longer overall, and it has the same bed length as before. But the wheelbase has been stretched by 3.1 inches, mainly by moving the front axle forward and reducing the front overhang. According to Chevrolet, this helps with approach angle and allows for bigger tires. As for the looks, the new truck looks much more crisp and aggressive with more creases around the body….