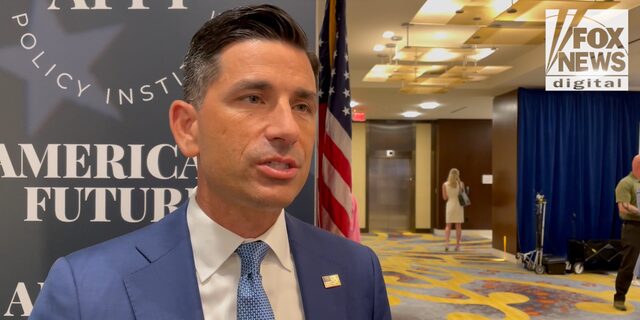 The America First Policy Institute (AFPI) is working to take over the GOP to ensure it remains a populist party in the mold of former President Donald Trump — regardless of which Republican occupies the White House next.

AFPI’s mission was evident during a two-day conference it hosted this week in Washington, D.C. The event, which drew GOP luminaries from Capitol Hill and far-flung state capitals, was billed as a forum to showcase its platform ahead of the midterms and 2024.

“We will be laying the ground for the return of the America First agenda,” Brooke Rollins, the organization’s president, said. “With the hope that America First leaders [will be] returning to the White House, Congress and to the state houses.”

While much of the conference centered around the present, the next presidential election was never far from mind. Former House Speaker Newt Gingrich kicked off the confab by saying AFPI, “will do in the next few years what the Heritage Foundation did” for President Ronald Reagan by influencing the direction of the government.

America First Policy Institute Executive Director Chad Wolf says that both policy and “personnel” are important as Republicans prepare for a next GOP administration, potentially after the 2024 election.
(Tyler Olson and Haris Alic/Fox News)

And although Trump was the keynote speaker, AFPI’s brass stressed repeatedly that they were laying the groundwork for any future Republican president.

“If President Trump decides to run, I think, he’ll clear the field,” former Trump adviser Kellyanne Conway said. “But if he doesn’t decide to run, I guarantee you the dozens of men and women who do run for president, and indeed the Republican nominee and winner of the 2024 election, will be someone who is proudly and loudly carrying the mantle of the America First policy agenda.”

Much of the conference focused on the group’s efforts to define what “America First” means when it comes to policy and ideology. Although Trump popularized the term during his 2016 presidential run, Republicans are still working to define it.