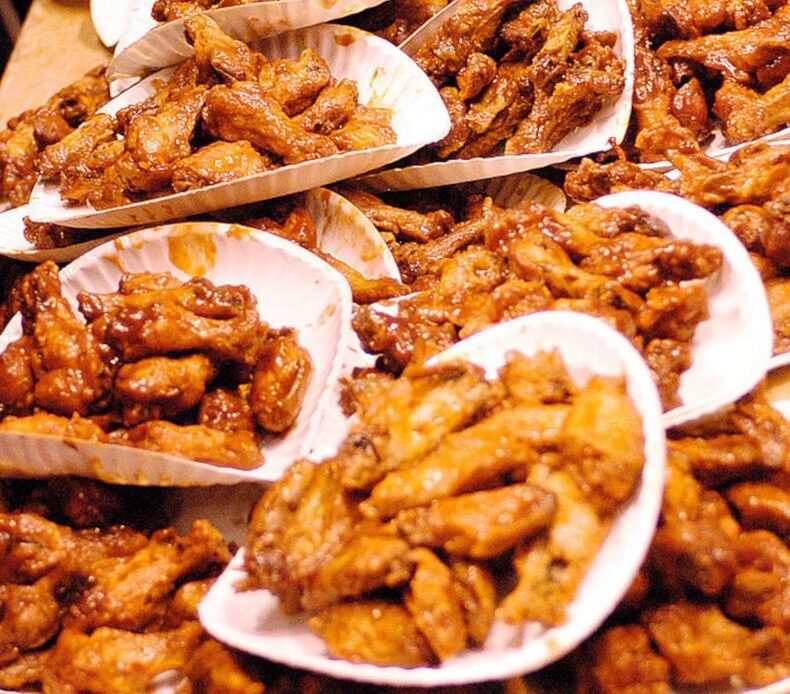 A survey of 2,000 people found that nearly three in four Americans (73 percent) won’t judge you for licking your fingers after eating chicken wings—because they’ll do the same, according to new research.

The study found that chicken wings are considered a reliable classic food (63 percent), and are the favorite among casual-dining appetizers (54 percent), followed by chips and salsa (46 percent) and French fries (44 percent).

Results showed that chicken wings are a crowd-pleasing appetizer for even the pickiest of eaters and 75 percent agree that it’s hard to beat the taste of a chicken wing, which may be why three in five said they’re likely to order them most or every time they go to a restaurant.

People also enjoy a good chicken wing whenever the cravings hit (44 percent), when ordering takeout or delivery at home (42 percent) and at parties (40 percent).

This may also be why seven in 10 of those who enjoy the savory food crave them often (71 percent), and why they make sure to eat every last bite before leaving the bones behind (79 percent).

When presented with a plate of chicken wings, a third of Americans will reach for a drummette first (33 percent).

But a quarter of respondents would prefer a flat wing instead, while 42 percent would gladly eat both.

Conducted by OnePoll for Hidden Valley Ranch, the survey found that when it comes to the boneless versus bone-in debate, more people have a preference for the former (33 percent vs. 29 percent), but 38 percent enjoy both equally.

And although 44 percent consider boneless wings as actual wings, 38 percent would tease someone they know for ordering them instead of bone-in wings and one in four would not go on a second date with someone who thinks they’re considered traditional wings (24 percent).

According to respondents, the best chicken wings are…