Danilov: The process of decolonisation, de-Russification and denuclearisation of the Russian Federation has begun 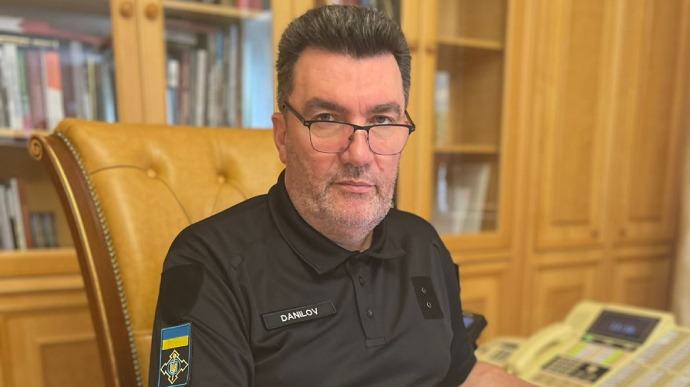 Oleksii Danilov, Secretary of the National Security and Defence Council, says that Russia has initiated the process of its own decolonisation by launching a full-scale war against Ukraine.

Details: According to the Secretary of the National Security and Defence Council, 24 February is the day of the greatest Russian geopolitical disaster: the start of the process of final destruction of the post-Soviet space and decolonisation of the Russian “quasi-federation”.

First, a mechanism for losing Russia’s dominant influence on the CIS countries has been launched. The Russian Federation has demonstrated that it is a real and immediate threat to the existence of the states of the post-Soviet space.

Second, the countries of Central Asia and the Caucasus have begun a dynamic reorientation of their own strategic foreign policy vector from Russia to other states – Turkey, the EU, China – that can act as guarantors of their security against post-imperial relapses.

Third, the role and significance of the Collective Security Treaty Organisation (CSTO) and Common Economic Space interstate associations, which are beginning to be viewed by their members as threats to national sovereignty and instruments of Russian foreign policy expansion, are being destroyed.

Fourth, according to Danilov, centrifugal movements have been launched as regards the national republics and other nations that are temporarily part of the Russian Federation. Tatarstan, Ichkeria, Sakha [Yakutia] and the peoples of Siberia, the Urals, the Far East and many others are becoming aware of their colonial status and awakening their national self-awareness and readiness to fight for their independent existence.

And finally, all the necessary prerequisites are being formed for the fragmentation of “the Russian federal quasi-formation”, the destruction of the management system built on violence, acts of public disobedience and the deployment of the movement to liberate national republics and peoples from the Kremlin’s power.

According to the Secretary of the National Security Council, the entire democratic world should help the national republics and peoples to get rid of colonial oppression by the Russian Federation in order to exercise their internationally recognised rights to…