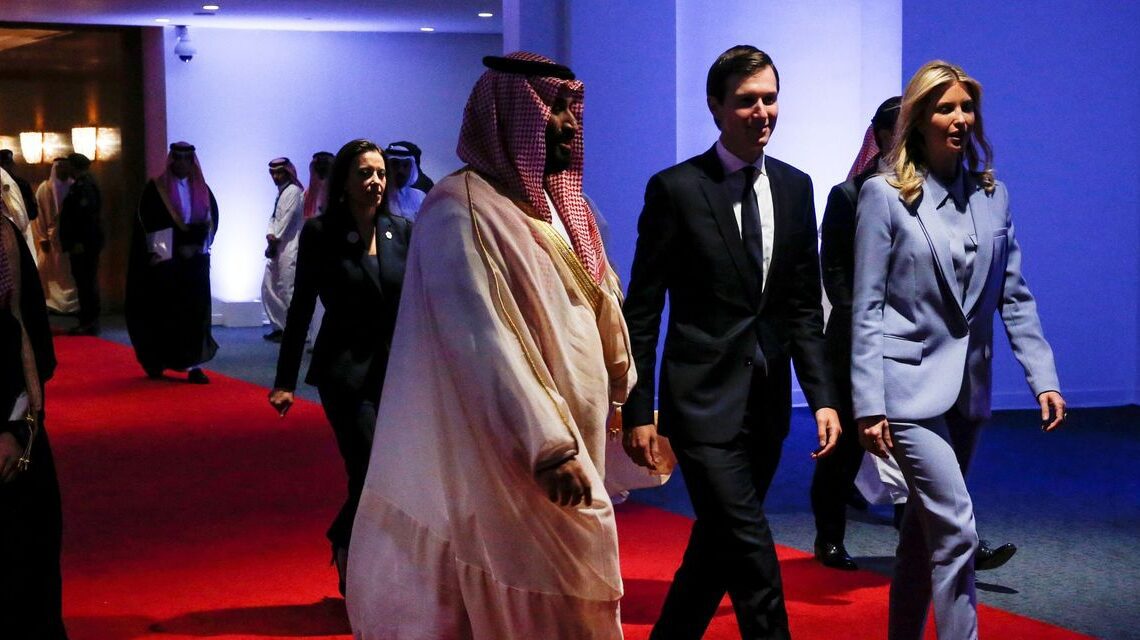 In the early months of the Trump administration,

made an urgent call to

who was then serving as Saudi Arabia’s deputy crown prince, with an appeal for help to ensure that the president’s first overseas trip to the kingdom would be a success.

“Everyone here is telling me that I’m a fool for trusting you,” Mr. Kushner said he told Prince Mohammed. “They are saying the trip is a terrible idea. If I get to Saudi Arabia, and it’s just a bunch of sand and camels, I’m a dead man.”

Prince Mohammed laughed and assured Mr. Kushner that the trip would reap huge benefits for Mr. Trump, the U.S. and Saudi Arabia. Prince Mohammed and the Saudi rulers treated Mr. Trump to a lavish welcome in May 2017, complete with a sword dance, a $350 billion arms deal and the country’s highest civilian medal for strengthening ties between the two countries.

The call, detailed in Mr. Kushner’s forthcoming memoir, offers a rare glimpse into the unusual relationship between the two men that evolved from a friendly political alliance into a deepening post-White House business partnership that has drawn scrutiny from congressional investigators.

The 500-page book, portions of which were viewed by The Wall Street Journal, includes new details on how Mr. Kushner forged ties with Prince Mohammed. Mr. Kushner’s memoir details how he stood by Prince Mohammed after he was accused of ordering the murder of journalist Jamal Khashoggi, feuded with other Trump administration officials who accused him of being too cozy with the Saudi ruler, and leveraged the relationship to forge new ties between Israel and the Arab world.

Mr. Kushner’s close ties with Prince Mohammed proved to be one of the most fruitful and polarizing relationships for the Trump White House. Then-Secretary of State

accused Mr. Kushner of sidelining him and running foreign policy out of his West Wing office. Human-rights groups accused Mr. Kushner of playing down Prince Mohammed’s heavy-handed crackdown on critics and his military campaign against Iran-backed militants in Yemen so the U.S. could secure lucrative military sales to Saudi Arabia….