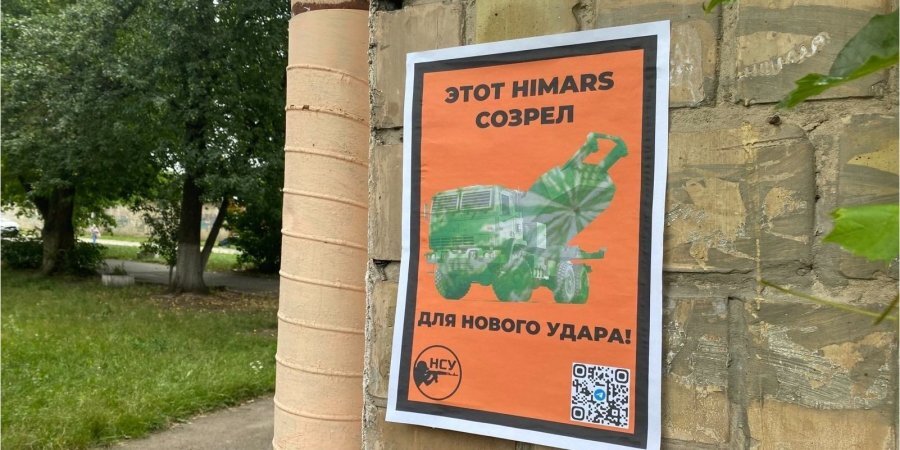 Posters with messages about an impending
Ukrainian counteroffensive can be seen around the streets of the city of Kherson,
in the Russian-occupied south of the country, Ukraine’s Military Intelligence
Directorate said in a Facebook post on July 27.

“Does anyone still harbor doubts as to whether there are any Ukrainian partisans?” the message reads.

“They are tasked with very delicate missions, bringing our victory ever closer.”

The leaflets seem to leverage Kherson Oblast’s reputation as a major watermelon-producing region.

“This HIMARS is ripe for another strike!” one such poster says, depicting a U.S.-supplied HIMARS rocket launcher painted so as to resemble a watermelon.